When her cubs got lost in an elephant stampede, this lioness risked her life to save them 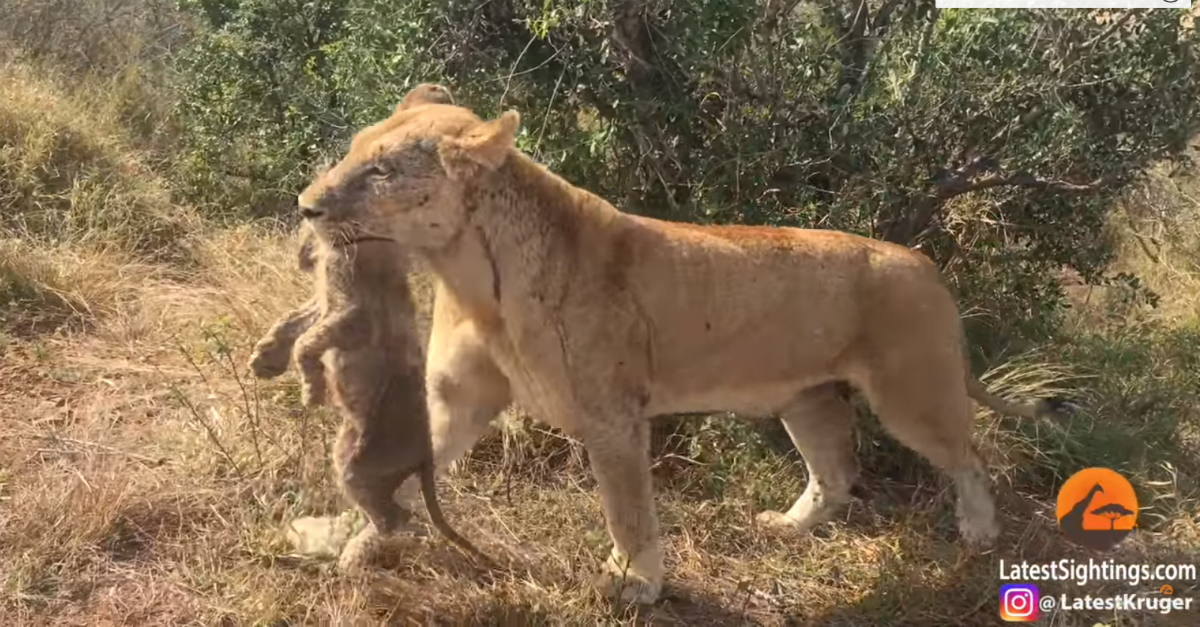 This riveting Kruger Sightings video was recorded in South Africa’s Kruger National Park by a 39-year-old designer named Chris Tote, who was fortunate enough to witness an event that most people on the planet will never see.

?I had been watching two lionesses with 6 small cubs lazing about in the Sabie Riverbed for about half an hour, Tote told LatestSightings.com. “In the distance, I could see two herds of elephants on either side of the river, and I thought if I wait long enough the one herd is more than likely going to walk right to where these lions are and from there, anything could happen.”

And he was right. Eventually a herd of around 20 elephants came charging through nearby. The two lionesses were forced to leave their cubs behind as they fled the area.

“After what seemed like an age, the elephants finally moved through the area and the lionesses were able to head back down in search for the six cubs,” Tote said. “They were scattered everywhere and it took close to half an hour before they finally emerged at the roadside. At this point there were a lot of cars around and crossing the road was a scary prospect for the cubs. One by one they plucked up the courage and made it across and into the surrounding bushveld. All but one that is.”

Was the lionesses’ brave rescue attempt successful? Watch the video to find out.