When this guy sees a knife sticking out of a shark’s head, he does the unimaginable 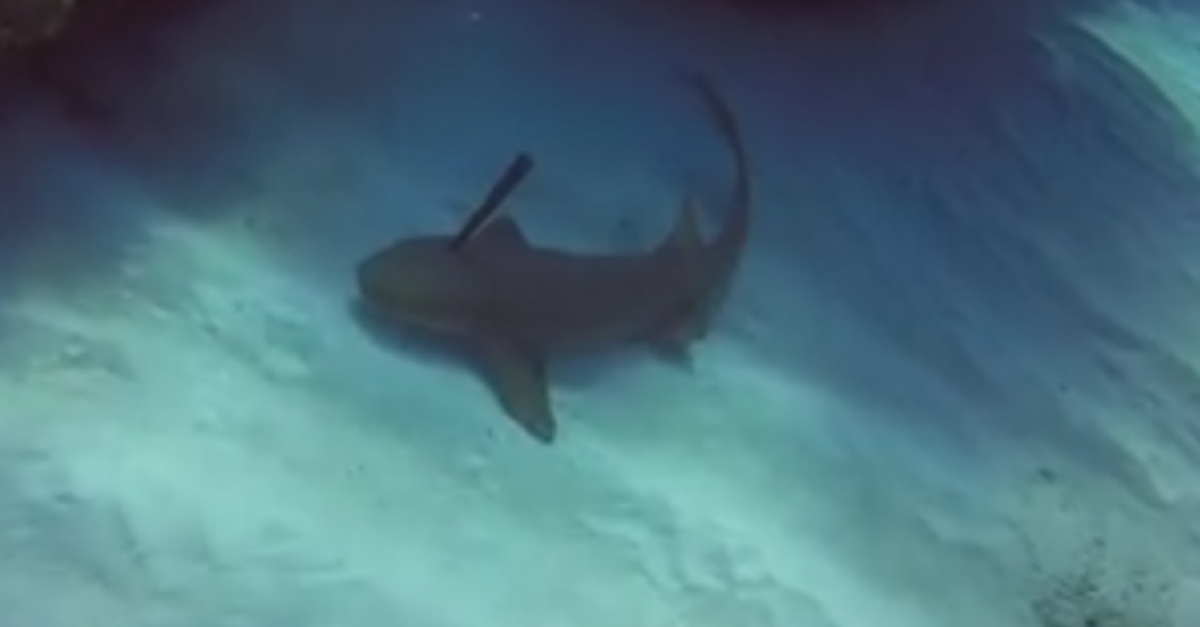 Brett Johnson was having a pretty normal day diving in the Cayman Islands when he swam upon a nurse shark with a kitchen knife sticking out of its head. While another friend filmed, he slowly removed the knife, and the shark swam away; hopefully to live happily ever after. In the Facebook post that accompanied the video, Johnson noted, “It’s sad to see things like this happen. This shark is harmless and hopefully we will see him cruising around the reef.”

In an interview with the Cayman Compass, 30-year-old Johnson said, “At first it looked like it was just sleeping as most nurse sharks usually are, but then we noticed something coming out of its head.” He was leading a dive group when he came upon the animal, and said that the knife “came out easy enough.” Johnson also said that the shark “was seen again on Wednesday swimming around the same reef.”

RELATED: One spearfisherman caught his harrowing close encounter with a bull shark on camera

Though nurse sharks can look intimidating, often growing to nine feet in length, they are rather docile creatures. According to the Florida Museum of Natural History, the species is nocturnal and generally waits on the sea floor looking for “crustaceans, mollusks and stingrays” to gobble up.