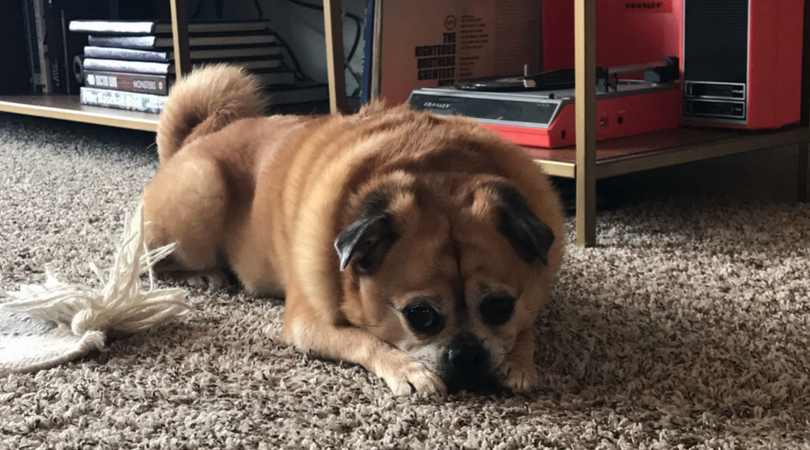 Ever notice that your dog is staring at you while it poops? As in, it’s staring dead at you and won’t look away no matter how many times you let it know it’s being weird? You might think its unbreakable stare is a message. Maybe your best friend is trying to alpha you by saying, “Yeah, that’s right. You see this? You’re gonna pick up this pile of stink in roughly 2.7 seconds and haul it around for me. Who, truly then, is the real master in this relationship?”

Turns out your pup is actually just scared and watching you for protection. Dogs instinctively understand that they’re incredibly vulnerable while defecating, so when they do it they look to another member of their “pack” i.e. you for any signs of sudden danger.

You’re on lookout duty while your dog is a taking a dump. And not just because you’re the only one there. A 2009 study found that the little staring contest between an owner and their dog triggers a psychological response similar to that between mothers and infants. Basically, the dog thinks your its mom. Try not to cry now the next time you stare at your dog while it’s dropping a deuce.

There is also a possibility according to experrts. Your dog is looking for your approval, perhaps to make sure where it’s going to the bathroom is an approved evacuation area. Though, based on personal experience, yelling at a dog to stop after its already started does not tend to make a rug any less covered in urine or feces. Also, ironically, when trying to tell a dog that it should go in a specific spot — maybe because it’s raining and you want to go inside, or you’re running late, or just because your dog is being a little diva and won’t go anywhere — the pup usually doesn’t listen. So this last part may all be total dogshit, so to speak.

Read More: This GoPro Video of a Dog’s Face While He’s Running is a Must Watch