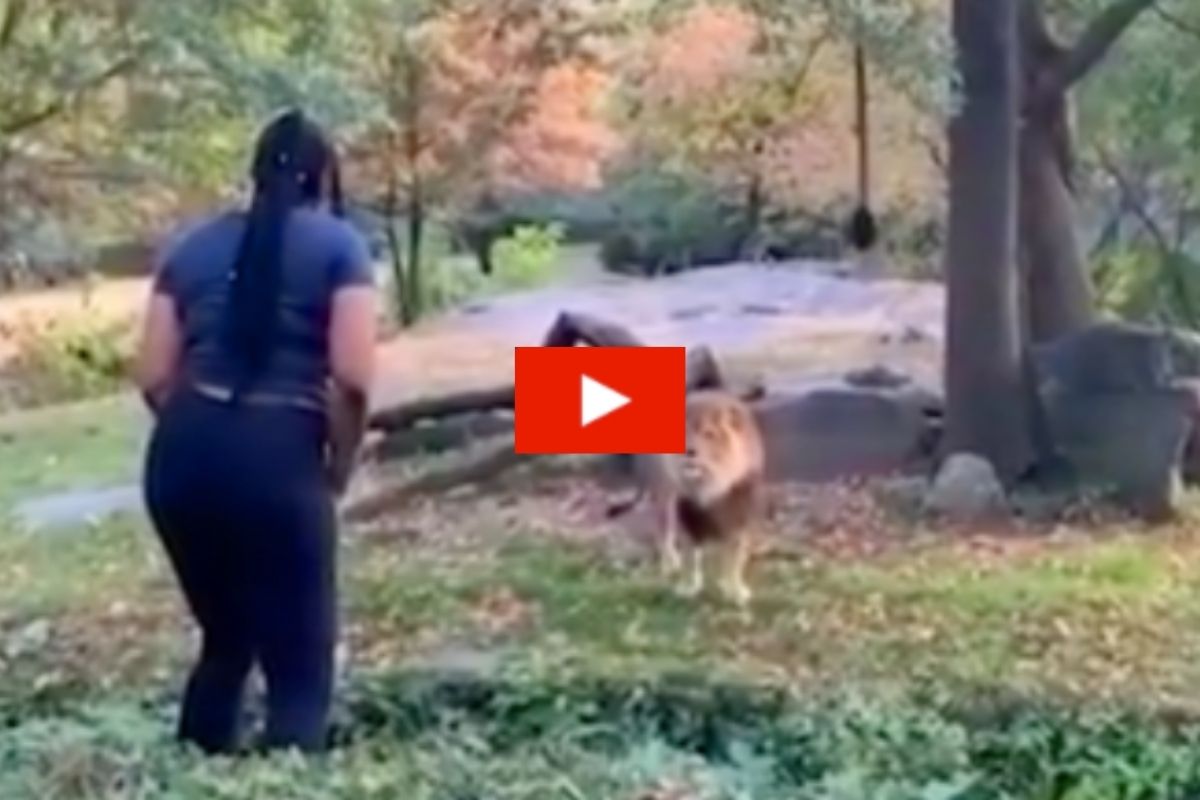 A New York woman trying her hardest to win a Darwin Award, escaped the universe’s justice, for now. The woman, who refers to herself as Queen Empress Myah Laree Israelite on Instagram, hopped into the lion enclosure at the Bronx Zoo and did a little dance for the beast while it looked on, clearly wanting to eat the crap out of the dumb body offering itself up for sustenance just feet away from it.

The lion never got its meal, though. There was still a moat between the Queen Empress and the King of the Jungle. Lucky for her. Look at this lion. He wants it. He’s thinking about it. If that moat was even an inch shorter? He’d do it.

The woman actually had herself quite a little day at the zoo. Another video on her Instagram account showed her smoking a little weed and dancing outside an entrance to the Bronx Zoo. From there she proceeded to interact with several animals, but at least in a semi-appropriate way.

Call me a liberal, raised-with-no-boundaries Millennial here if you want to, but I have no problem with getting a little high and going to the zoo. Do you know how majestic a giraffe looks when you’re high? To provide with roughly the quality of answer I would give if you asked me this while I was high: very.

But Jesus Christ, lady. Stay out of the cages. If not for your own sake, then for the sake of the little kids watching who would have to live with the sight of your jugular being ripped out by an alpha predator or a zebra putting its hoof through the back of your skull. With the possible exception of your death having a few positive short-term job creation effects because some elementary school had to hire two extra counselors after their 3rd-grade field rip watched you get eaten alive there is nothing good that comes from you jumping into a lion enclosure.

It’s unclear if any legal action has been taken against the woman since the incident.

Editor’s note: This article was originally published on October 2, 2019.