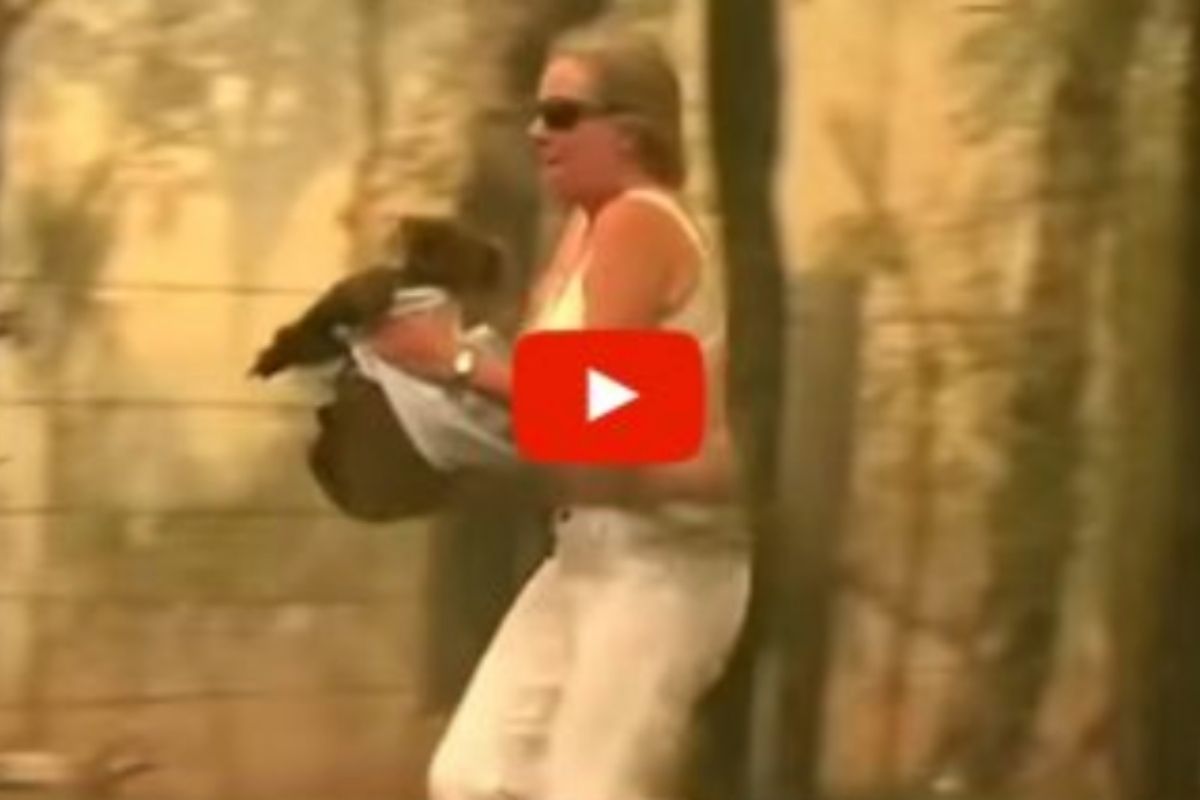 Back in late 2019, Australia was experiencing widespread wildfires with temperatures reaching more than 104 Fahrenheit. According to authorities, at least six people had died due to the fire and 577 homes have been destroyed. Although that was devastating in itself, fire experts stated that wildlife seems to suffer even more.

Wildfires have burned through more than 2.5 million acres of Australia’s east coast, injuring vulnerable marsupial species like koalas. A woman was caught on video saving a burning koala bear by literally taking off her shirt and running towards the animal. Toni Doherty was passing by the area when she noticed the animal and acted on instinct to try to save it.

Doherty stated that she knew if she didn’t get it down from the tree, it would have been up there amongst the brush fire. The video shows the woman running towards the koala and removing it from a tree branch without flinching. It appeared to be badly burned with scabs all over its body. She then gave it water to drink and wash its body off before wrapping it up in her shirt. Yes, this Australian woman didn’t think twice about it one bit. Talk about a true hero.

The incident took place in Port Macquarie, which is a town in New South Wales, that was being hit by Australian bushfires. The koala, who Doherty named Lewis after her grandson, was taken to Port Macquarie Koala Hospital. Lewis did suffer from serious burns but was well enough to “have a munch on some eucalyptus leaves.”

Lewis is around 14 years old … he’s well enough to have a munch on some eucalyptus leaves this morning. Is still suffering some serious burns after being rescued from a bushfire yesterday. 🐨 @9NewsSyd pic.twitter.com/OFzX9PqfeW

The koala population is currently listed as “vulnerable” species by Australia’s Environment Ministry. Unfortunately, the fires were thought to have killed hundreds of these adorable animals. Port Macquarie Koala Hospital had set up a GoFundMe page to help these koalas, where it has received almost $8 million in donations and at least 31 injured koalas due to the wildfires. The money raised was being used to install several automatic drinking stations in burnt areas in order to help koala and other wildlife survive through the wildfires.

Editor’s note: This article was originally published on November 20, 2019.

Watch: Driver Amusingly Finds 2 Koalas Fighting It Out in the Middle of the Road