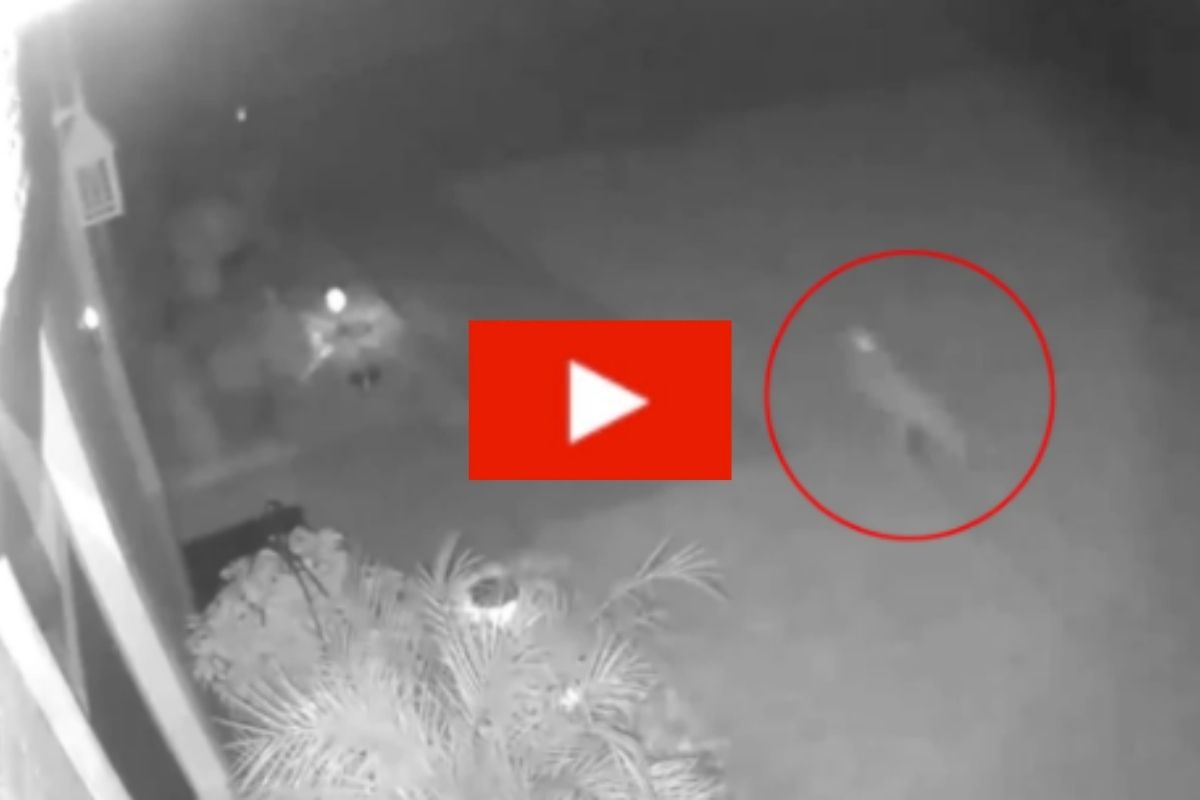 A Florida woman in Palm Coast has decided that she has seen a “baby dinosaur running” through her yard on her security camera, and after watching this video, I’m not gonna lie, it kinda does look like one. Cristina Ryan told FOX 35 News that she saw this prehistoric creature galavanting across her yard, explaining why she truly believes she saw a “small dinosaur.”

Ryan told FOX 35, “Any animal we can come up with that would be ‘walking’ at 3:40 in the morning, wouldn’t walk this way. Maybe I’ve watched ‘Jurassic Park’ too many times, but I see a raptor or other small dinosaur!” and continued to explain how everyone she’s shown the video to has also decided that this creature possibly was a baby dino in her backyard.

Social media of course, took the liberty of deciding what was running in the trending video, and of course, the most interesting guesses were made. Some thought it was a Komodo dragon or lizard, while others thought it might be a dog wearing a harness and dragging a leash. Another also offered up the idea of a UFO investigation of some sort, and Ryan strayed away from her Jurassic World theories in guessing that maybe it could also be a “large bird” because of its “front legs.”

If I was this homeowner and I saw this sighting on my security camera footage, I’d be a little more spooked. I won’t speak for Ryan, but I’d have some major anxiety every time I looked at my security camera footage after an incident like this. There are so many more horror stories out there of security surveillance catching the weirdest, and sometimes the creepiest, things. And in Ryan’s case, her camera caught some type of lizard that you can’t tell if it has hind legs or not. Let’s hope it’s not actually a velociraptor or a mini t-rex.