Woman Used Live Snake as Weapon to Carjack Other Woman 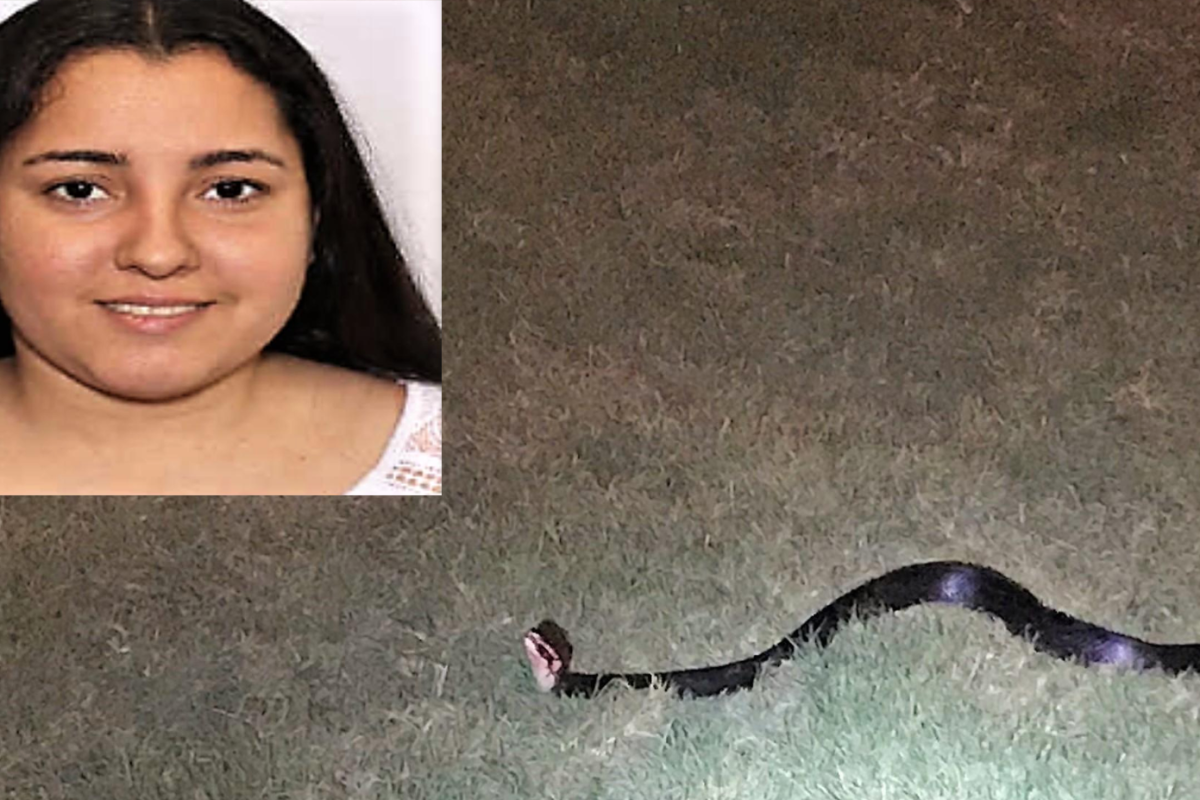 A South Carolina woman who is either a genius or a lunatic — and really, there’s a thin line between the two anyway — carjacked another woman by throwing a live snake at her. 29-year-old Hilmary Moreno-Berrios demanded car keys from another woman and then threw a live black snake at her in order to take her keys and steal the SUV. Moreno-Berrios then proceeded to crash through some barriers set up for a nearby pole vaulting competition.

For this mad-libbed series of crimes, Moreno-Berrios has been charged with carjacking, malicious damage to property and five traffic violations. According to police the black snake Moreno-Berrios threw at her victim was not venomous. Officials released it into some nearby woods.

A video of Moreno-Berrios crashing through the barriers was posted to Twitter.

South Carolina witnessed a rather unusual event on Friday after a woman scared off a driver with a live snake and hijacked the car, but later ended up crashing at a pole-vaulting exhibition. pic.twitter.com/0OrQeq5MSg

South Carolina woman arrested for throwing a snake at a person then stealing that victim's car. Bizarre details https://t.co/VDtCWXS12Q pic.twitter.com/SMkSunx5mm

There are really only two questions worth asking here. 1) How did she get this idea? And 2) Where did she get the snake? Again, the genesis of the “use a snake as a weapon” idea had to be the product of either genius or insanity. Maybe Moreno-Berrio figured out that using a snake as a “weapon” wasn’t actually illegal because a snake that isn’t poisonous isn’t actually dangerous, and so she wouldn’t be technically using force to steal the car, just scaring the keys away from her victim. Either that or Moreno-Berrio was drunk and started whipping snakes at people.

None of that explains where she got the snake though. She couldn’t have just found it, right? Putting aside the possibility that Moreno-Barrios is extremely goth and wears a black snake as a fashion accessory, this had to have been a premeditated carjacking on some level. Maybe she found the snake in a bush and simultaneously caught a hankering for some grand theft auto but more likely she showed up to wherever she was with that snake and intent to use it.

This story was originally published July 10, 2019.