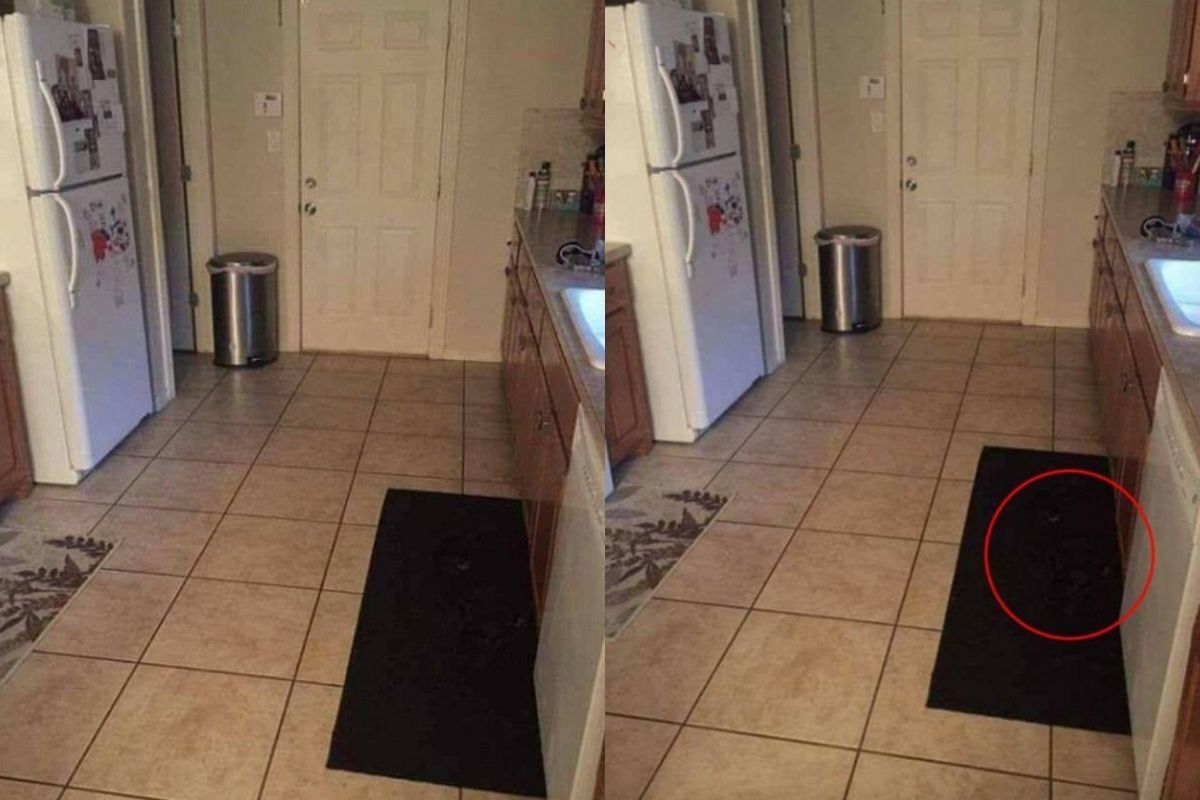 Can you spot the camouflaged canine in this seemingly empty kitchen? The Internet entered a state of utter confusion after a Facebook post lured people in with taunts of a cute dog in the photo… but where is the dog?

Cyberspace went viral a few months ago with a similar instance in which no one could find the snake in a viral picture posted by a herpetologist. And now, people are stumped again on social media. But take a look at this seemingly empty kitchen. There’s no pooch here, is there?

Can You Spot the Hidden Dog in This Kitchen?

But look just a tad bit closer. If there was a dog in this viral photo, where would it be? Should we think logically or illogically here? How big of a dog are we actually talking about? What exactly are we actually looking for? It turns out, the dog is right in front of our faces, hiding in plain sight, taking up quite a bit of space in the photo.

Hint: Look at the Dark Rug!

Did you find the dog without our help? How long did it take you to find this camouflaged canine? The Facebook comments on the picture were divided. Some really were stumped by where the dog was, while others happily pointed out how “obvious” it was to find him on the dark rug. Look, I have pretty bad eyesight anyways, so I’m happy to admit that I had no clue where the dog was initially. But sadly, even after being given the answer, I still can barely see the poor dog. And I’m sure that has more to do with how poor my eyes are, rather than how difficult it actually is to see the pooch through this “optical illusion.”

Editor’s note: This article was originally published on January 25, 2020.

Watch: Can You Spot Where the Giant Snake is Hiding in this Picture?