Pregnant Woman Saved by Her Dog Who Knew Something Was Wrong 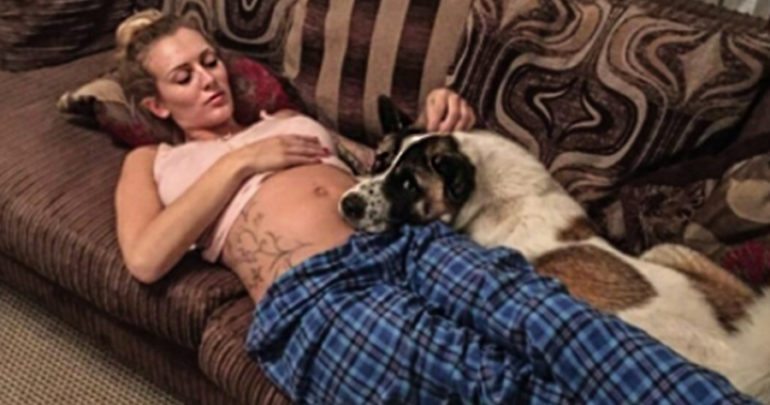 Dogs are capable of sensing a number of things the human eye can’t detect.

Some dogs use their noses to sniff out pests, while others can foresee an oncoming seizure. An Akita named Keola used her special skills to help save her pregnant human’s life.

When Alhanna Butler began noticing sharp pains in her lower back, she brushed them off as symptoms of her pregnancy and her doctor agreed. Despite the professional diagnosis, Butler could tell something was wrong based on the way her best friend was acting around her. Keola, an American Akita, wouldn’t stop following Butler around and staring at her, and when Butler posted a pic on social media of Keola in action, several of her friends encouraged her to take the warning seriously.

As it turns out, it’s a very good thing that she did. A visit to an intensive care unit revealed Butler had a double kidney infection, which explains the lower back pain, as well as Keola’s behavior. The rare infection actually had Butler moments from death if left untreated, but thanks to her dutiful dog, Butler made it in to receive medical care just in the nick of time.

Thanks to Keola’s warnings and her friends’ encouragements, Butler recovered from her infection and delivered a healthy baby boy named Lincoln. Lincoln already has a BFF for life in Keola the amazing dog, and the two are said to be getting along wonderfully. WATCH NOW: Why Does Your Dog Lick You?