Ever Wonder What’s Inside a Rattlesnake’s Rattle? 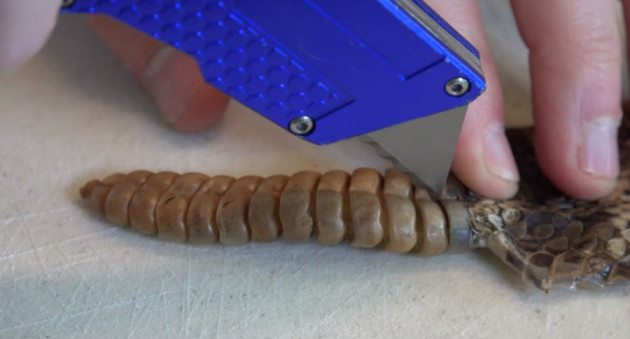 What is it that makes the rattling sound in a rattlesnake’s tail?

The father and son in this video were wondering the same thing and decided to find out and put the results online for all to see. The answer might surprise you.

Perhaps it’s just the word “rattle” that makes this a little bit surprising. Hearing the name rattlesnake and hearing the sound they make, it just kind of makes you assume there’s something inside the tail causing the rattling sound.

But as it turns out, the sound comes simply from the hollow segments of the tail vibrating against one another at up to 50 times per second.

I have to admit, I knew nothing about this ahead of time. Despite years in the outdoors, I’ve still never encountered a rattler in the wild because they’re extremely rare in Michigan. It’s also something I simply never thought about or researched either. It’s pretty interesting information on one of the more unique snakes we share our planet with.