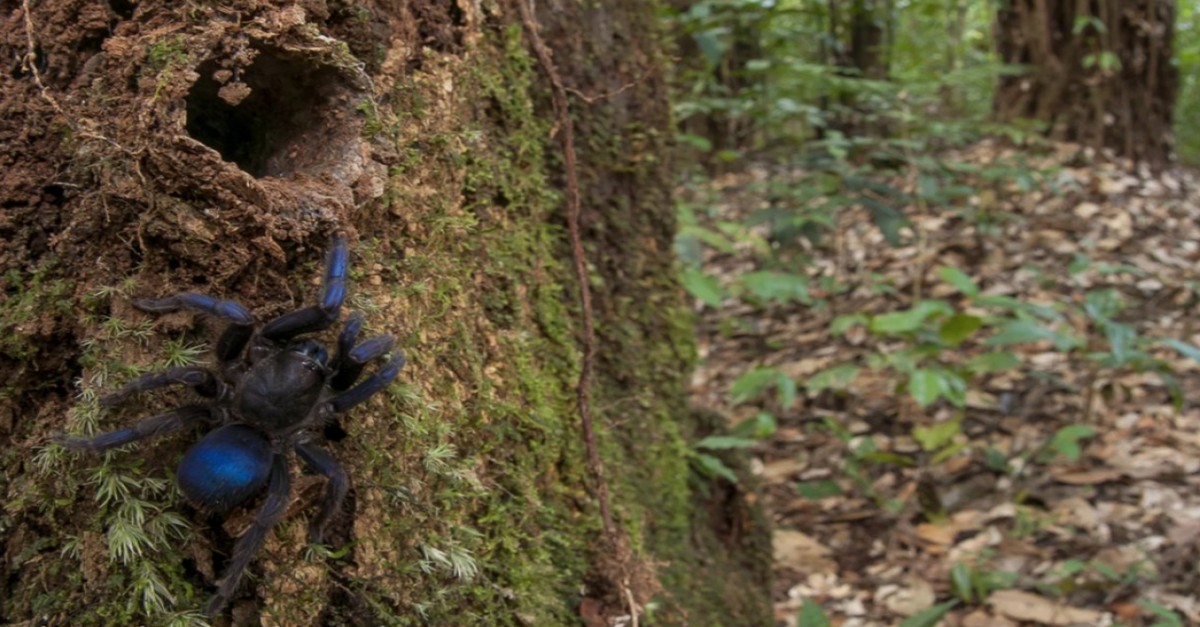 The recently released results of a scientific expedition to Guyana in March 2014 are raising eyebrows due to one significant discovery.

Inside a hollowed-out tree, researchers found an iridescent blue tarantula, the likes of which science has never seen.

The new species of spider, found by Andrew Snyder, a Ph.D. student at the University of Mississippi who specializes in reptiles and amphibians in the Guiana Shield, was discovered in a previously untapped area of South America, which encompasses about 270 million hectares from Guyana to Venezuela, Colombia and the northern reaches of Brazil.

A bright blue tarantula is new to science and perhaps never before seen by human eyes https://t.co/03gUI4mq4F pic.twitter.com/tzmhioUK7Z

When Snyder found the spider, he didn’t think much of it — he thought it was just your garden variety spider.

“The blue that my light beam illuminated in fact was not the eye shine of a spider, but rather the forelimbs of a small tarantula,” Snyder wrote in a blog posted on the World Wildlife Fund’s website. “I immediately knew that this one was unlike any species I have encountered before.”

RELATED: The gaping, gooey hole left in a man’s elbow by a spider bite is the stuff of nightmares

It is unknown why the tarantula is so daringly blue, but scientists think it belongs to the Ischnocolinae family.