Boaters Gleeful at Sight of Humpback Whales in Feeding Frenzy 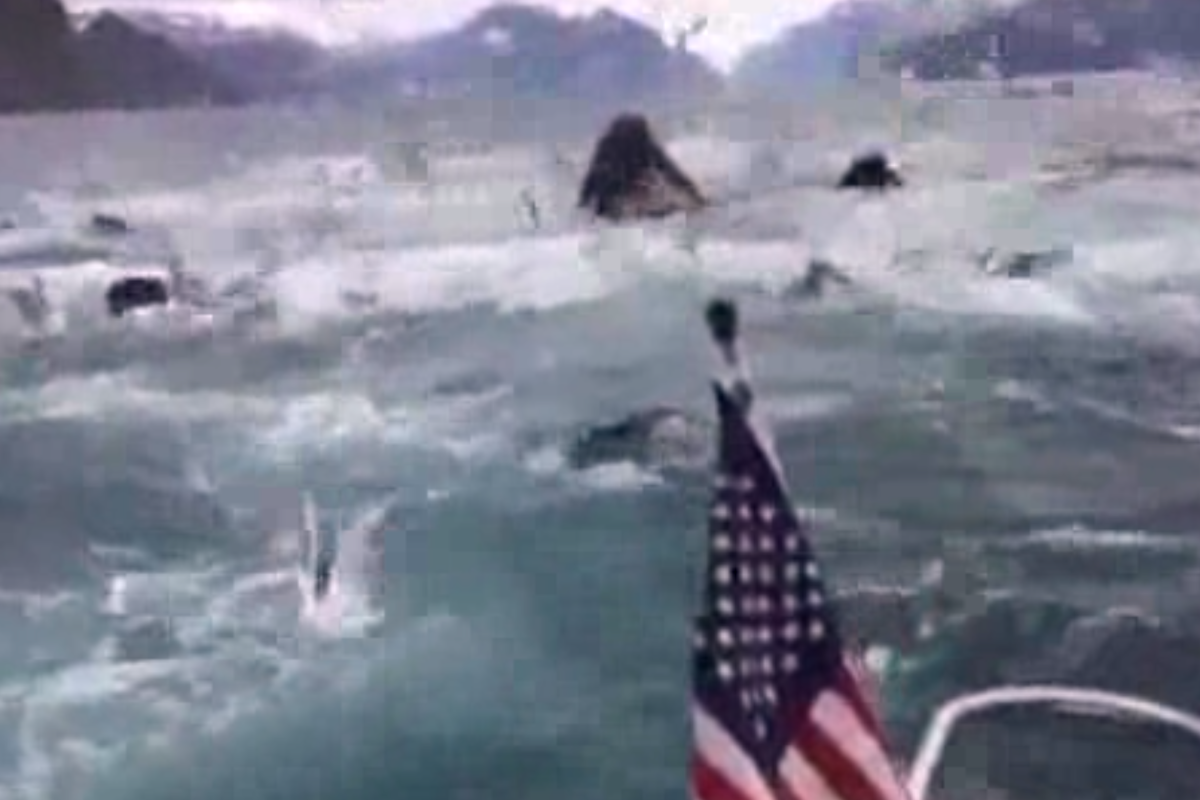 You never know what you’re going to come across when you’re sailing along the open waters. We bet Bradley Rich would agree. Rich took this photo in southeastern Alaska while he and his wife were on a fishing charter outside Resurrection Bay.

Little did they know, they were sailing right into an entire pod of humpback whales just as they’re breaching the surface — in sync — to start feeding.

The video starts with a swarm of seagulls who seem to know that something exciting is about to happen. It’s really heartwarming to hear the joy and wonderment in Rich’s voice, although he does eventually say something less charming.

Take a close listen and he will tell you more about his physical reaction to the sight. He later said in an interview that it was the thrill of a lifetime, and we believe that. How could it not be?

Humpback whales are mostly solitary creatures, and seeing so many in the same spot is uncommon. In this case, the whales are working together to surround a school of fish with a ring of bubbles. The whales trap the fish and then lunge toward the surface, taking in fish and filtering out seawater. The krill and other small fish never even knew what hit them.

Humpback whales can grow to 60 feet long and can weigh as much as 40 tons. Their flippers are about 16 feet long, and they can have tails up to 18 feet long. They can make quite a splash!

How absolutely amazing is this video?