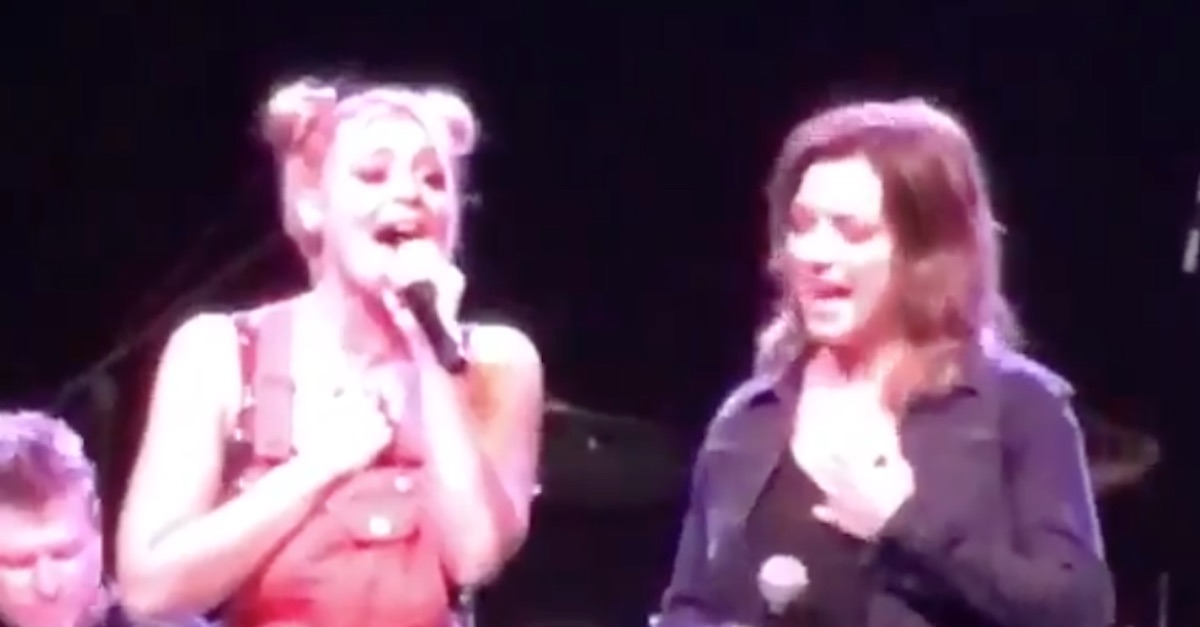 Looks like Blake Shelton wasn?t the only one making unexpected visits in Music City on April 11. There were more big surprises in store at the city’s popular Exit/In.

It?s obvious that everyone was having a ball, and that ’90s country music remains one of the most popular eras in the format. While the crowd sang along enthusiastically, it really raised the roof when Martina McBride stepped onstage to surprise her pal Lauren Alaina. Now, the pair had toured together recently, so they easily fell into a duet of ?This One?s for the Girls.” But, when they handed the chorus off to the audience, hands were in the air and the volume was up to 11.

That one time @Lauren_Alaina was singing This One's For The Girls at 90's Country Night and @martinamcbride joined her on stage. pic.twitter.com/QfiIiz1gK9

We suspect this was a pretty cool way for Lauren to celebrate a week that kicked off with the news that she scored her very first No. 1 with “Road Less Traveled.” It’s been a long time coming for the young singer-songwriter, who was brought to the public’s attention during the 10th season of “American Idol.” Congratulations, Lauren.