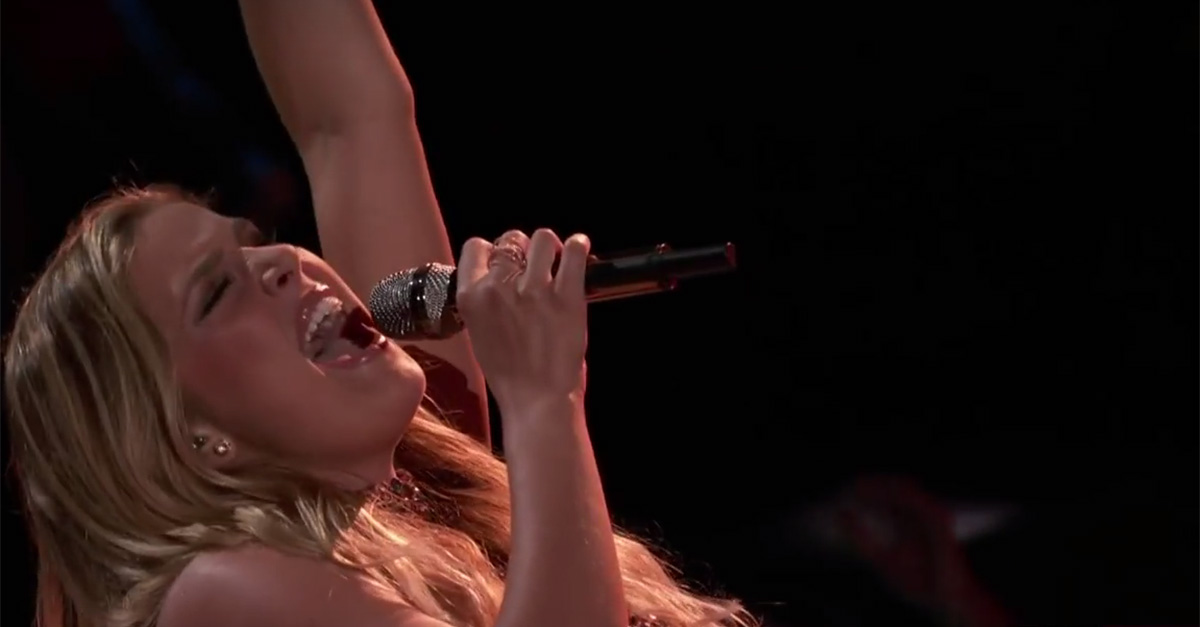 Country music singer Ashley Levin took to NBC?s ?The Voice? on Monday, April 17, with hopes to make it into the Top 12.

The 23-year-old Nashville resident put her own spin on Ann Peeble?s 1973 hit, ?I Can?t Stand The Rain,? as part of the live playoffs phase of the competition.

In previous episodes, Ashley performed country and folk songs by legendary artists like Reba McEntire and Patty Griffin. So, ?I Can?t Stand The Rain? allowed her to explore her soulful side. In rehearsals, Ashley?s coach Alicia Keys said the song represented her ?capacity as an artist.? And, sure enough, that?s exactly what it did.

Once Ashley hit the stage, she dazzled audience members in a pair of cowgirl boots and a form-fitting, glittery dress. She showcased her spunky attitude by strutting across the stage, while delivering all of the right notes on the soulful song.

?I love your delivery of [the song],? Alicia Keys applauded following the performance. ?I love you bringing it into the world like that. It?s not an easy song to sing. It is difficult to give all of that emotion, and all that power and all of that desperation. I love your voice. Your voice is super powerful and diverse. I think you did an incredible job tonight.?

RELATED: A ?The Voice? front-runner lands a spot in the Top 12 with this country classic

Despite Ashley?s spectacular rendition, she didn?t make it into the next stage of the competition. In fact, Alicia was forced to let three of her top six singers go. Fans, who got to vote in real-time for two of their favorite singers, chose to keep Chris Blue and Vanessa Ferguson. Alicia, who was allowed to bring back one artist, picked Stephanie Rice.

Even though it?s the end of the road for Ashley on ?The Voice,? we have a feeling her musical journey has just begun.