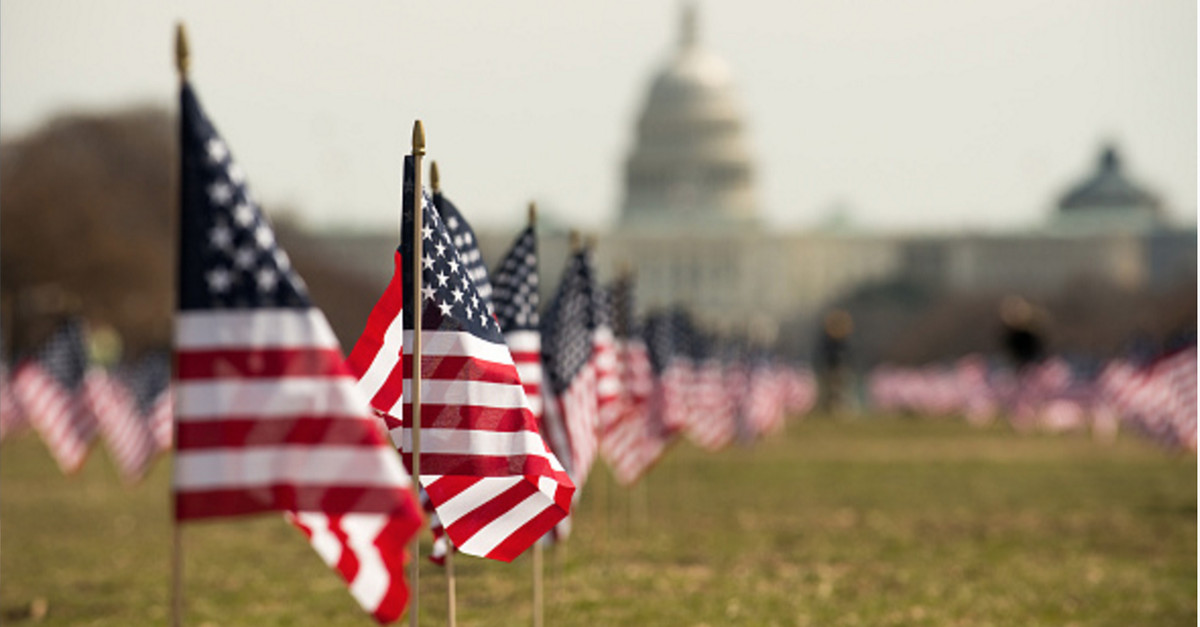 Photo by Ken Cedeno/Corbis via Getty Images
American flags stand on the National Mall Thursday, March 27, 2014 in Washington D.C. The flags represent each of the 1,892 veterans and servicemembers who has died by suicide this year during the 'We've Got Your Back: Iraq and Afghanistan Veterans of America's Campaign to Combat Suicide. IAVA is calling for Congress to pass a bill that combats suicide. Photo Ken Cedeno (Photo by Ken Cedeno/Corbis via Getty Images)

The country is deeply divided over President Trump’s executive order halting immigration from certain Middle Eastern countries into the United States. As he does with most political issues, Country Music Hall of Fame member Charlie Daniels has some thoughts on the matter, and he’s sharing them in a new blog post titled “The American Way.”

In the post, Charlie starts challenging the notion that it’s an American duty to champion diversity.

RELATED: Charlie Daniels lays out his thoughts on how Donald Trump got to the White House

He writes, “Accept diversity, embrace diversity, cherish diversity, celebrate diversity as not just an American right, but an American duty. To not do so is racism, bigotry, intolerant, narrow minded, mean and selfish. Do you really believe that? I don’t.”

Charlie goes on to clarify those bold comments saying the immigrants who have brought their different cultural contributions to our country have enriched America throughout its history. When it comes to obeying the law, Charlie says there’s no wiggle room for immigrants who don’t follow the rules in America.

RELATED: The legendary Charlie Daniels reflects on his terrifying brush with death

He adds, “While the culture of the land of an immigrant’s birth are welcome in America, the laws of that country are not. There is one set of laws for all the people in America and everybody is required to abide by them. Makes no difference how they did it in the old country, in America, only American law is acceptable and no ethnic enclave is a law unto itself, not in America.”

That being said, Charlie has a positive message for immigrants who go through the long process of becoming American citizens.

“If you’re an immigrant who wants to share in the American dream, who wants to work hard, learn the language and abide by our laws and stand in line and wait your turn for the wonderful privilege of becoming a citizen of the United States of America, you’re going to do fine,” he writes. “Welcome to America!”