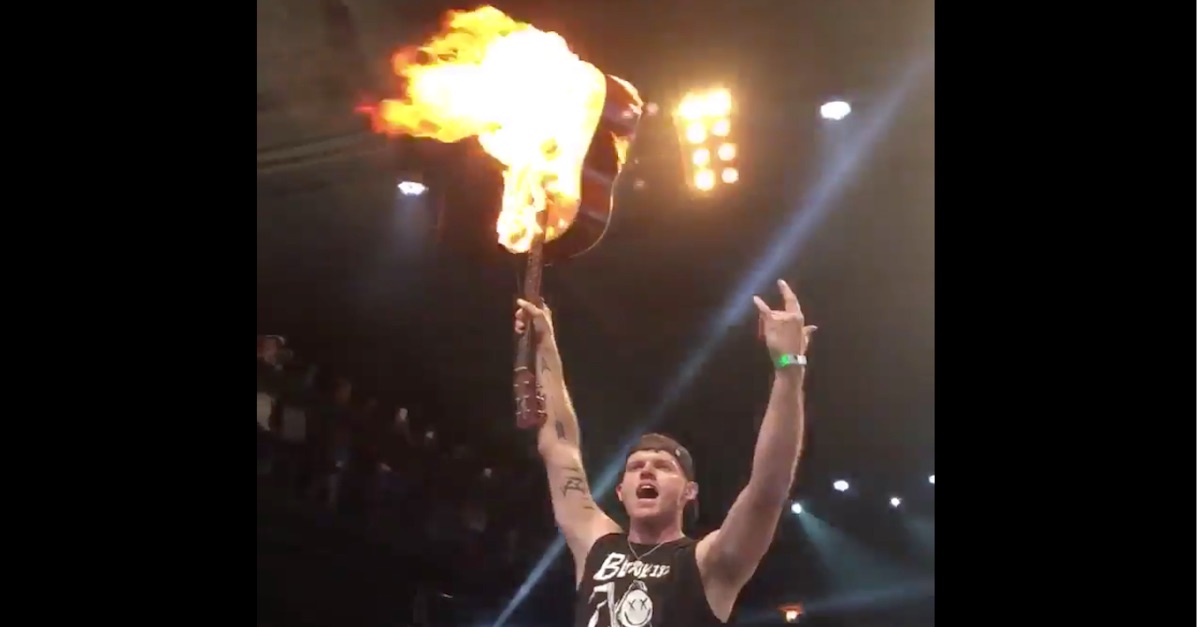 We love a great music festival and we really love seeing young artists light up the stage at them, but when young country singer-songwriter Sam Riggs hit the stage at the Larry Joe Taylor Music Festival, he took it to a new level.

For those who aren?t familiar, the Larry Joe Taylor Music Festival is among the biggest music festivals in Texas and one of the best in the world of country music. The five-day event features the best and brightest in the Texas and Red Dirt music scenes from newbies like Randall King and Caitlin Butts, to mainstays like Randy Rogers Band and Wade Bowen, to icons like Radney Foster and Asleep At the Wheel.

RELATED: If you want real country music, come to Texas

On April 26, young and insanely talented Sam Riggs took the Bud Light stage at LJT Fest for his set. Fans enjoyed a high-energy performances full of songs that are as suited for mainstream country radio as those by Luke Bryan, Jason Aldean and Sam Hunt. At the end of his set, though, he took an acoustic guitar, doused in a flammable liquid, slung the bottle to the side of the stage and set the instrument on fire. He then bashed it onto the stage, kicked it to the ground and walked away. It was dramatic and exciting, no doubt.

If you ain't at ljt.. wyd?! Part 2 pic.twitter.com/OLyDiTBZZ4

But, according to Saving Country Music, it was also against the rules. The website spoke to Larry Joe Taylor?s wife, Sherry, who said that when Sam and his crew requested permission for the stunt six months prior, it was denied. But it appears it was also ignored. She says, ?When Sam Riggs tour manager was setting up for his show, he brought a fire extinguisher on stage. John Tadlock, our stage manager (and ironically a fireman in the Metroplex) asked what he was going to do with the fire extinguisher. The tour manager said they were having issues with their equipment and it was a safety precaution.?

Following the incident, Saving Country Music reports that Sam was removed from the festival. Sherry confirms, ?Larry Joe told Sam he had no respect for our music, our event or our family. He was immediately thrown out by Larry Joe Taylor.?

Sherry also confirmed that the liquid used to ignite the guitar was gasoline.

RELATED: Boots were walking and the music was rocking in Texas with this performance

In spite of being asked to leave the festival, Sam shared a photo of himself at the event, thanking Larry Joe Taylor for the opportunity to perform.

LJT yesterday was bad ass!!! Thank y'all for raging with us, and thanks again to @ljtofficial for having us ⚡🤘🏼⚡ #LightEmUp

He also tweeted a response to Saving Country Music implying that not all of the facts were made available and that an official statement was coming from himself and the Larry Joe Taylor Festival. We will keep you updated when Sam Riggs does issue an official statement.