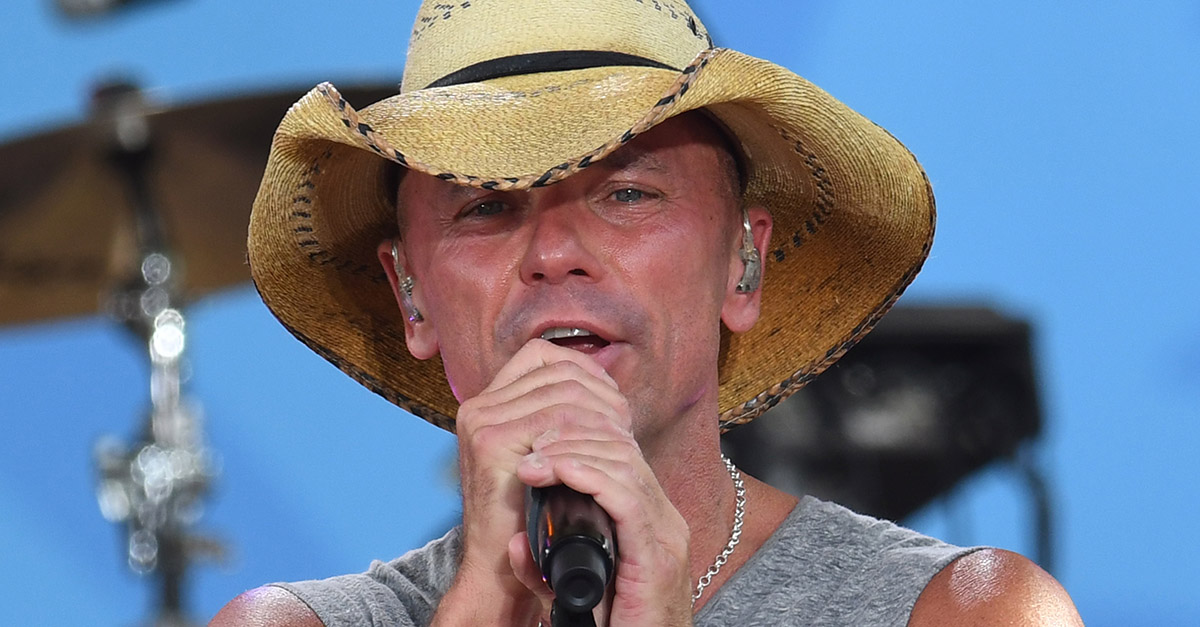 Kenny Chesney?s No Shoes Nation would probably agree that his concerts are always a party. He?s got plenty of tunes that make you want to dance and hit the beach like ?When the Sun Goes Down,? ?No Shoes, No Shirt, No Problems? and ?Summertime.?

But, the country crooner also has songs that touch the heart and soul.

For one country fan named Alan Briere, it?s two of Kenny?s songs — ?Who You?d Be Today? and ?Happy on the Hey Now? — that connect with him on a personal level. In fact, they remind him of the son that he tragically lost back in 2011.

On Aug. 24, Alan posted a heartfelt letter to Facebook in hopes to spread the news about his son to Kenny. The 53-year-old father of four writes, ?We lost our son Joey on January 11, 2011. He was in the passenger seat of a vehicle driven by one of his best friends. There were three others in the back seat. The last act Joey performed on this earth was saving his four friends lives.?

It turns out that Joey suffered a traumatic head injury after jumping in to prevent the car from hitting a guardrail. He was pronounced dead after being life-flighted to the hospital. Alan, who now honors his son by running the Joseph Briere Foudation and holding a yearly charity golf tournament, where the family blasts ?Happy on the Hey Now,” is now asking Kenny for a small, yet meaningful favor.

Alan will be attending Kenny?s concert in Foxboro, Massachusetts on Saturday, Aug. 27 and asked on Facebook for a simple request to honor his lost son. He wrote, ?There is one other song that has touched me deeply since losing Joey, and that is ‘Who you’d be today.’ To hear either one of these songs live at your concert would be pretty cool, and definitely emotional.?

With the end of Kenny’s Spread the Love Tour fast approaching, we sincerely hope that Alan gets his wish.

Check out Kenny’s songs that hold a place in Alan’s heart below.