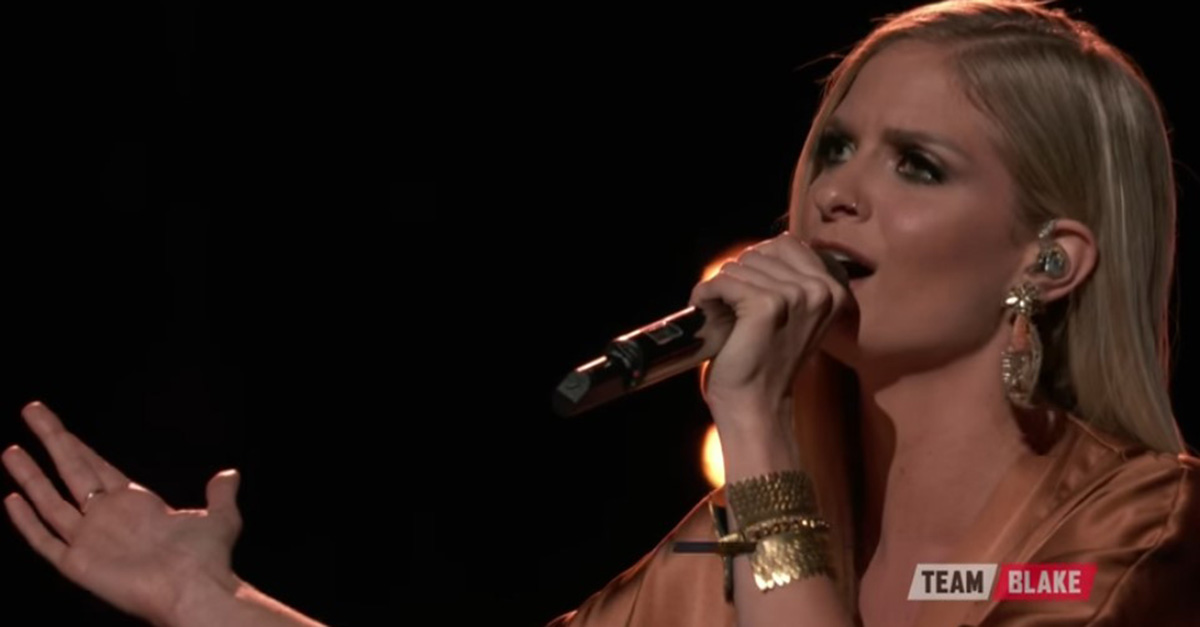 Team Blake?s ?laid-back? country singer Lauren Duski made it into the next phase of the competition on Season 12 of ?The Voice? on Monday, April 17.

The 25-year-old Michigan native had the challenge of singing Bryan White?s 1995 hit, ?Someone Else?s Star,” as part of the show?s first live episode.

RELATED: A ?The Voice? contestant soars her way into Blake Shelton?s heart during this blind audition

Blake Shelton, who prepared Lauren for her performance, praised her in rehearsals, despite the difficult song choice. He said, ?God I love your voice.? He also added that her ?laid-back? vocals were what set her apart from other female singers in the country genre.

Although Blake approved of Lauren?s talent, it was up to viewers to decide her fate. Needless to say, Lauren didn?t disappoint.

In her performance, the talented singer accessorized her bronze silk dress with dangling earrings and a chunky bracelet. She serenaded fans from a high stool. She also made sure to show off her natural grace, while flaunting her warm vocals during the classic.

?Lauren, you?ve always been one of my favorites,? coach Adam Levine admitted, before naming the singer as a potential winner of ?The Voice.? ?The moment I knew you could make it far had nothing to do with your voice, which I thought was actually amazing. But, it was the first note. [Your] breath was so steady in such a quiet room. I?m like, ?That girl can make it.??

Blake, then, added, ?You?re going to see a tidal wave of support from country music fans. Mark my words, because being a great country artist is all about coming out and being believable and giving a solid performance.?

Lauren now finds herself as one of three singers on Blake?s team who are considered safe. She joins fellow contender Aliyah Moulden, as well as TSoul in the Top 12.

In past weeks, Lauren has charmed fans with songs that fit her angelic voice like Jewel?s ?You Were Meant for Me,? Little Big Town?s ?Better Man? and Alison Krauss? ?When You Say Nothing at All.? It will be interesting to see which songs she picks moving forward.