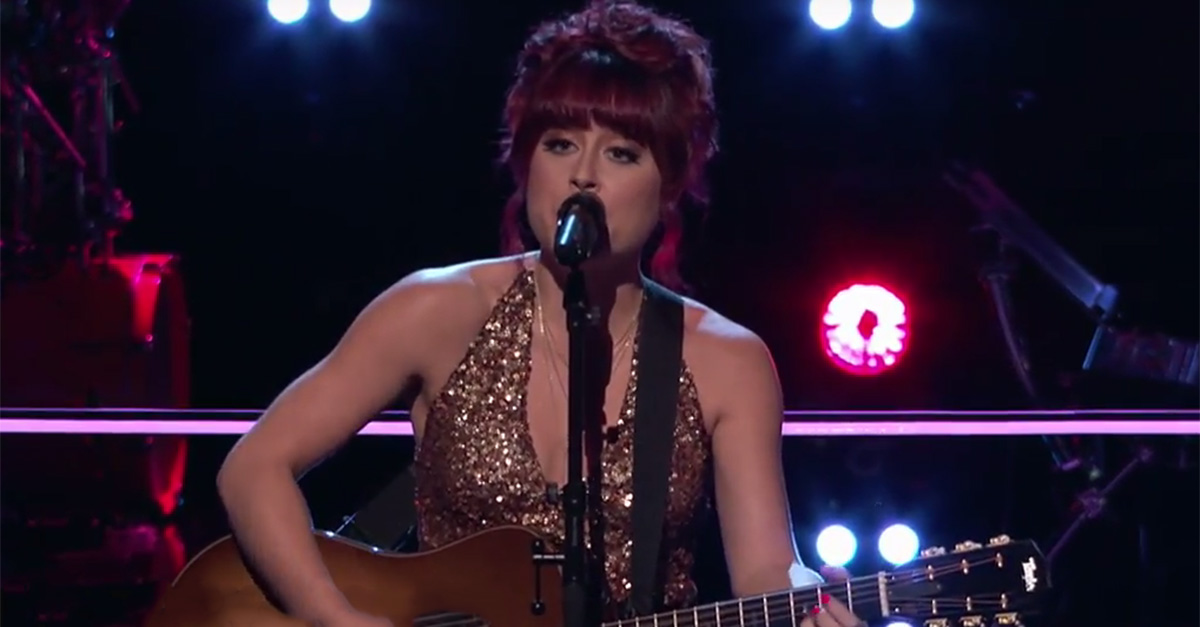 Casi Joy moved one step closer to victory on April 3, when she beat out fellow Team Blake singer Felicia Temple during one of the toughest knockout rounds on season 12 of “The Voice.”

The 26-year-old country hopeful turned out a flawless rendition of Maren Morris? breakthrough hit, ?My Church.?

For her performance, she paired a glittery, gold top with a black mini-skirt, and she also wore her mermaid-colored hair up in curls. She strummed away on her acoustic guitar and paid tribute to the legends of country music. Her strong southern vocals on the country hit blew the coaches away.

Of course, Casi wasn?t the only singer who delivered a masterful performance in the musical ring. Following her performance, Felicia stepped out with a powerful cover of Celine Dion?s ?My Heart Will Go On.? Felicia made sure to wow the coaches with all of the right high notes, too!

?Why did you pair those two together?? a seemingly baffled Alicia Keys asked Blake Shelton, before getting down to business. She then said, ?Casi, I felt like there was a great control from the way that you constructed the audience to the end note. It was super killer! Beautiful job. And Felicia, I had chills on my arm when you were singing and that?s Celine Dion, like, whoa!?

Gwen Stefani added, ?Casi, everybody should learn from how much confidence you give out. Felicia, I was just shocked because it?s such a familiar huge song. I was scared for you, but you were unbelievable tonight and I had chills as well!?

?Casi, I?m a fan of yours,? Adam Levine confessed. ?But Felicia, hearing the intro to that song is literally like you saying, ?hey, I?m going to climb Mount Everest check this out.? And we?re like, ?no she?s not.? But, you did.?

RELATED: A ?The Voice? coach has a tough call to make following this singer?s Reba McEntire cover

Blake, who deeply regretted pairing the two together, had no choice but to decide whom he wanted to keep on his team. He told Felicia that she had a ?standout performance.? But, he ended up giving Casi the edge saying, ?There is no stopping Casi Joy.?

So, do you agree with Blake?