Accolades are pouring in for Luke Bryan’s Super Bowl performance 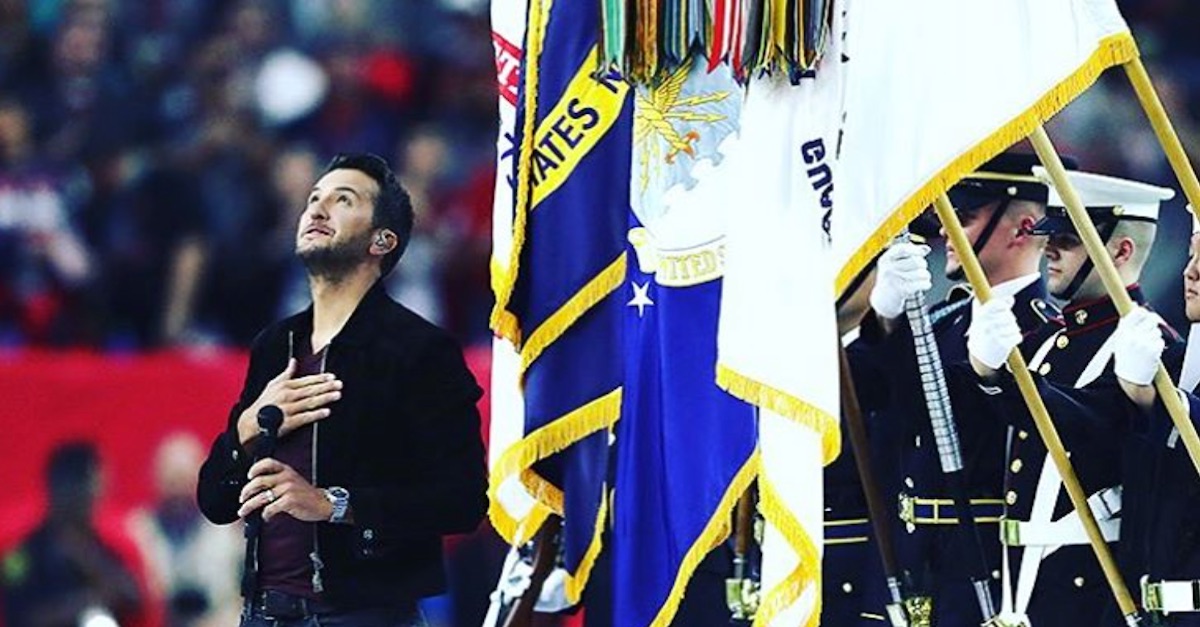 It’s one of the hardest songs to sing with its wide range and proper English phrasing, and that Georgia country superstar nailed it.

We can’t say it was easy for Luke Bryan to sing the national anthem at Super Bowl 51. Generally speaking, it isn’t “easy” for anyone, but he sure seemed to handle the task with ease. No doubt, he was happy to reach that final note — the pressure was off — but when he did, we’re sure his phone was lit up with congratulations from friends and family. And if they didn’t text him, they tweeted him.

Lee Greenwood knows a thing or two about singing patriotic classics, and he had this to say to Luke:

Ellen Degeneres may be known more for dancing, but she knows a good voice when she hears it:

The Oak Ridge Boys would have had safety in numbers if they were singing the anthem, so they appreciated Luke’s solo effort:

Rocker Sheryl Crow had some kind words for our boy:

Luke’s pal, Tim McGraw, was quick to compliment his friend:

right on @LukeBryanOnline!! Makin us proud!

As was Brett Eldredge:

That @LukeBryanOnline fella nailed the anthem! Well done my friend!

Good friends and Luke’s former tourmates, Little Big Town, have sung the national anthem in their days, so their kind words must have meant a lot:

So proud, @LukeBryanOnline you killed it! #SuperBowl

CMA Vocal Duo of the Year, Brothers Osborne, were especially proud of Luke and his clean performance:

Of course, the Grand Ole Opry tweeted a beautiful congratulations to the country star:

And we at Rare Country, we were darn proud, too!

These are just some of the congratulations we read as Twitter was lit up with Super Bowl-related tweets, but again we couldn’t be more proud of Luke Bryan! So, what did you think of his rendition of “The Star-Spangled Banner?”