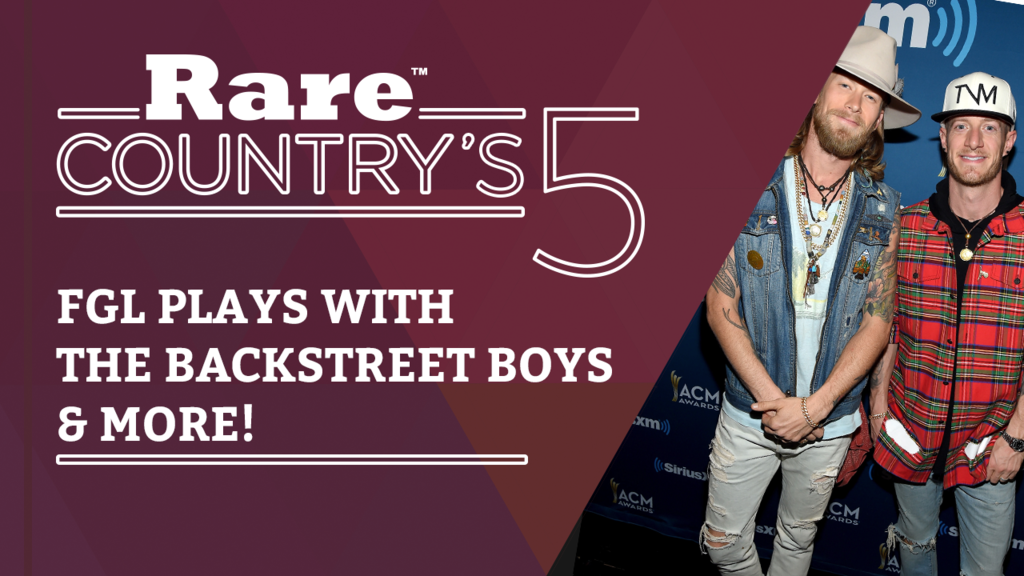 There’s been an overwhelming amount of support for this year’s ACM Awards. The lineup of performers included the best of the best, and presenters and winners were equally as sparkly from the excitement of the event.

On this week’s Rare Country’s 5, host Erin Holt looks back at the big event and spotlights some of our favorite moments, from red carpet appearances to performances and one noticeable absence that a lot of country music fans felt. Let’s take a look!

Starting at No. 5, there may have been skeptics, but Florida Georgia Line blew us all away when they hit the stage with the Backstreet Boys. And by Tim McGraw’s reaction, we’d say we weren’t the only ones blown away. It was fun to see T-Hubbs and BK paired with superstars from their youth, but when they busted out some dance moves, we were over the moon.

It wasn’t a performance or even an appearance on the red carpet that lands our No. 4 story. It was actually the absence of one of country music’s biggest stars—Blake Shelton. Now, we can’t speak for the superstar, but we have no reason to suspect that this was in any way a slight to the organization, the voters or his peers, but instead, a well-deserved weekend off for the country boy who spent his downtime at his Oklahoma home with loved ones. We can’t blame him!

It was one of the most anticipated moments of the evening, by us and by them, which is why Tim and Faith’s monster duet is our No. 2 story of the week. Filled with drama, style and the magic of their combined voices, having country music’s “It Couple” performing onstage together again about brought tears to our eyes. And to witness Faith’s sheer delight when they had finished was life.

If you ever questioned Miranda Lambert’s courage, then we feel confident you won’t anymore. Not after the petite songbird took the stage at the cavernous T-Mobile Arena with just a guitar to perform her emotional song “Tin Man” from “The Weight of These Wings.” While other acts used full bands and upscale production, Ran remained vulnerable, but not alone in the arena. Everyone that could hear her tender voice ring out was right there with her. She’s our No. 1.

That’s it for this week’s Rare Country’s 5. All this looking back has us wanting to see the show again. Thanks to Erin Holt for re-capping our favorite stories from the big night and proving that not everything that happens in Vegas stays in Vegas.

Be sure to check back in next week when we have more from the world of country music in an all new edition of Rare Country’s 5.