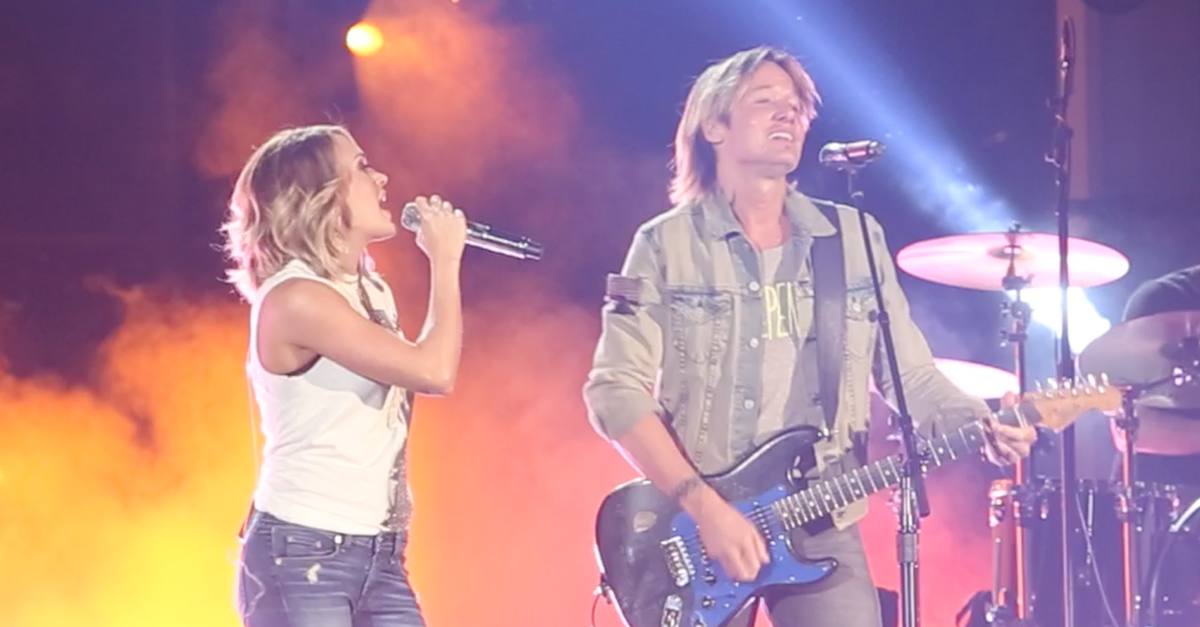 Keith Urban and Carrie Underwood are bringing their sizzling new duet, “The Fighter,” to the Academy of Country Music Awards on Sunday, April 2, and it’s sure to be one of the hottest performances of the night.

Rare Country got to catch a bit of Keith and Carrie’s rehearsal on Saturday, April 1, for the ACMs. They were singing and dancing a bit together during the performance, and it’s clear these two artists just have a blast together.

Keith tells Rare Country, “Carrie — she feels like my sister. I never had a sister growing up, but that’s what Carrie feels like. It feels very family. Really, really easy performing with her.”

In addition to admiring Carrie as a friend, Keith also has mad respect for her as a fellow artist in country music.

“That voice is undeniable,” Keith says of Carrie. “Right from the beginning on ‘Idol’ even, there was no denying that gift. Then just the drive and desire and vision she has for her artistry has put her where she is today. She’s extraordinary, and I was so glad she wanted to do ‘The Fighter.'”

Keith and Carrie have toured together quite a bit over the years, so we’re thinking they should totally do a full duets album. What do you think, Keith?

He tells us, “No pressure!”

Keith and Carrie are both big nominees at the 52nd annual ACM Awards airing at 8 p.m. EST on Sunday, April 2, on CBS.