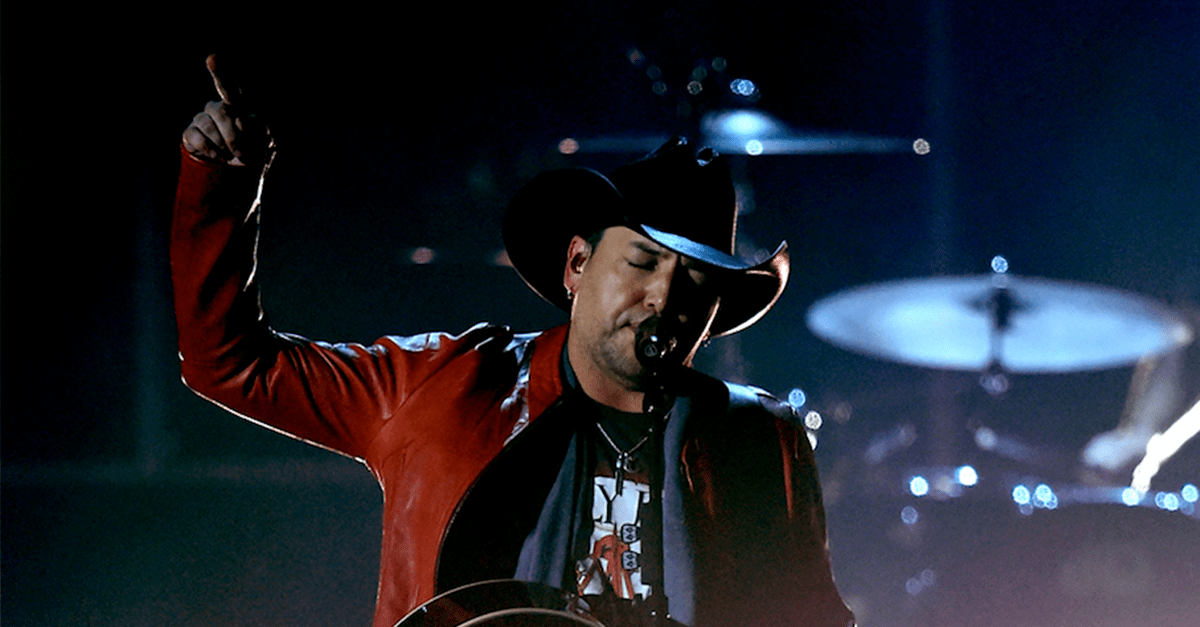 Jason Aldean kicked off the Academy of Country Music Awards on Sunday with a short performance of his hit, “Lights Go Down,” as part of a medley along with Luke Bryan, Carrie Underwood, Florida Georgia Line and Keith Urban. It was a big kickoff for the ACMs, but Jason slowed down things down when he returned for his second performance of the night.

He sang “Any ‘Ol Barstool,” and we know all you classic country fans are eating this song up. Jason has proved time and time again he can command a stage with a fiery uptempo number. It’s good to see him shine on more reflective tunes like this one, too.

.@Jason_Aldean's new single is good on "Any Ol' Barstool" or on the #ACMs! Another amazing song from our reigning Entertainer of the Year. pic.twitter.com/vKpb2oLeLS

There is just a little flash to this performance, though. Jason’s band was obscured behind a screen with just their silhouette showing before the curtain was suddenly removed from the stage as he hit the chorus.

That's a smash hit for the reigning #ACM Entertainer of the Year, @Jason_Aldean – "Any Ol Barstool" #WWOBackstage #ACMs pic.twitter.com/Wgmn3t5wKd

Rare Country caught up with Jason prior to the ACM Awards in Las Vegas, and he told us it truly is an honor to be in the running for trophies at this big show.