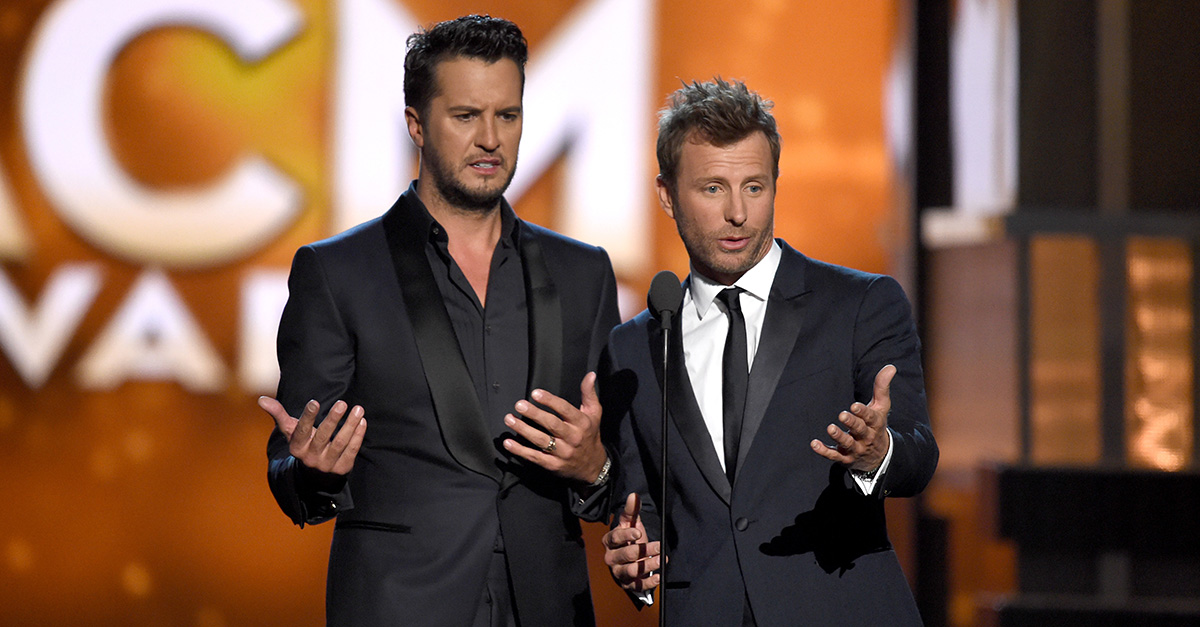 Between this year’s Oscar fail when the wrong movie was named Best Picture and Steve Harvey’s flub at the 2015 Miss Universe pageant, the naming of the winner of a major award has become quite an excruciating experience. The wrong name could be written within the folds of the envelope or the presenter could simply misread. There are many opportunities to botch the experience.

There’s also the added stress of having dozens of cameras and millions of eyes all focused on you as you pop the golden seal.

RELATED: Luke Bryan and Dierks Bentley try their damndest to figure out who is responsible for Chris Stapleton’s career

Obviously, the country music superstar, who happens to be nominated for the coveted Entertainer of the Year trophy on Sunday, is only joking, but if ever there was an appropriate answer for a Georgia country boy, that is sure it.

Luke and Dierks will guide us through the year’s ACM Awards live from Las Vegas April 2 on CBS.

And if nobody messes up, nobody gets hurt.