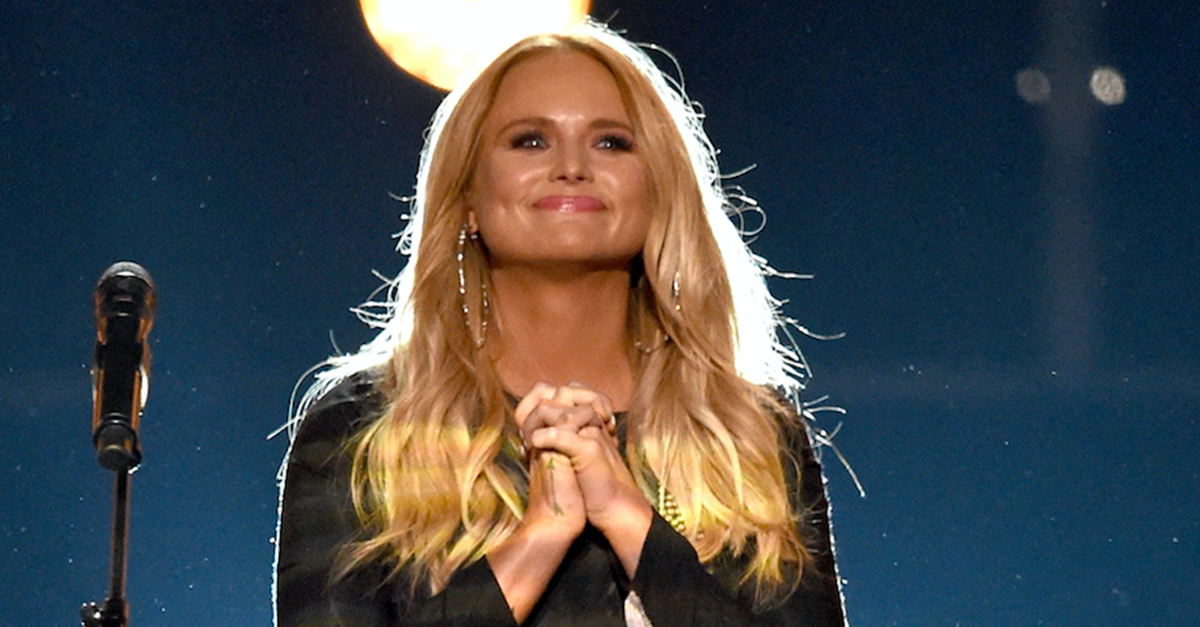 When the lights go down on one of Miranda Lambert’s concerts, you’ll find her heading straight back to her quiet farm just outside Nashville. Well, “quiet” probably isn’t the right word to use to describe Miranda’s home life.

She just adopted three new cats a few weeks back, which brings the animal total at Miranda’s house to a whopping 18.

RELATED: Miranda Lambert and Anderson East just took over one of her favorite cities

The cat's outta the bag… We have 3 new feline farm hands! Bobbi McGee (the kitten), Nick Saban and the big boy, Bear Bryant. So happy to have new farm friends. Thanks to the Maury County Animal Shelter in Columbia TN for being so kind and helping us adopt 3 new shelter pets! You guys were super and your shelter was so nice. Go check them out. And don't forget, love a shelter pet!! #bamaboynamedthem #dontforgetloveashelterpet #rolltide #muttnation #adoptlocally #felinefarmhands

Miranda tells Rare Country, “When people say, ‘Are you having children? I’m like, ”I do.'”

Those three cats are fitting in very nicely to life on the Lambert spread. The smallest feline is already taking after mama Miranda when it comes to calling the shots on the farm.

Says Miranda, “The little, tiniest one, she’s like teeny tiny. I think she’s stunted. Her name is Bobby McGee, and she’s kind of started to prove herself as a little bit of the queen of the farm. She’s the baby, but she’s feisty. It’s interesting.”

Of course, Miranda’s passion for animals led her to start the Mutt Nation Foundation, which is now a nationwide organization supporting no-kill animal shelters and encouraging animal adoption efforts. You can bet Miranda will be doing more than her fair share of looking after animals, too.

In honor of the 25th anniversary of "Thelma and Louise"… Meet Thelma and Louise! (And I don't mean me and @harps226 👸👸🏽 ) I adopted these two beauties from Texas to keep watch over the mini horses! Thanks to the @muttnationfoundation team they are safe and sound at their new forever home!!! I'm in love. #7luckydogs #farmgirls #loveashelterpet #Pyreneesposin' #theyrescuedme #miniwranglers #2isbetterthanone

She says, “[The] dogs and cats thing, I guess that’s sort of never going to end, but that’s where I’m at. If I’m not writing songs or working, I’m on my farm with my animals.”

For more information on Miranda’s Mutt Nation Foundation, you can check them out here.

If you missed Miranda’s knockout performance of “Tin Man” on the ACM Awards April 2, you can check that out below. It’s included on her latest project, “The Weight of These Wings,” which earned Miranda a record fifth honor for ACM Album of the Year.