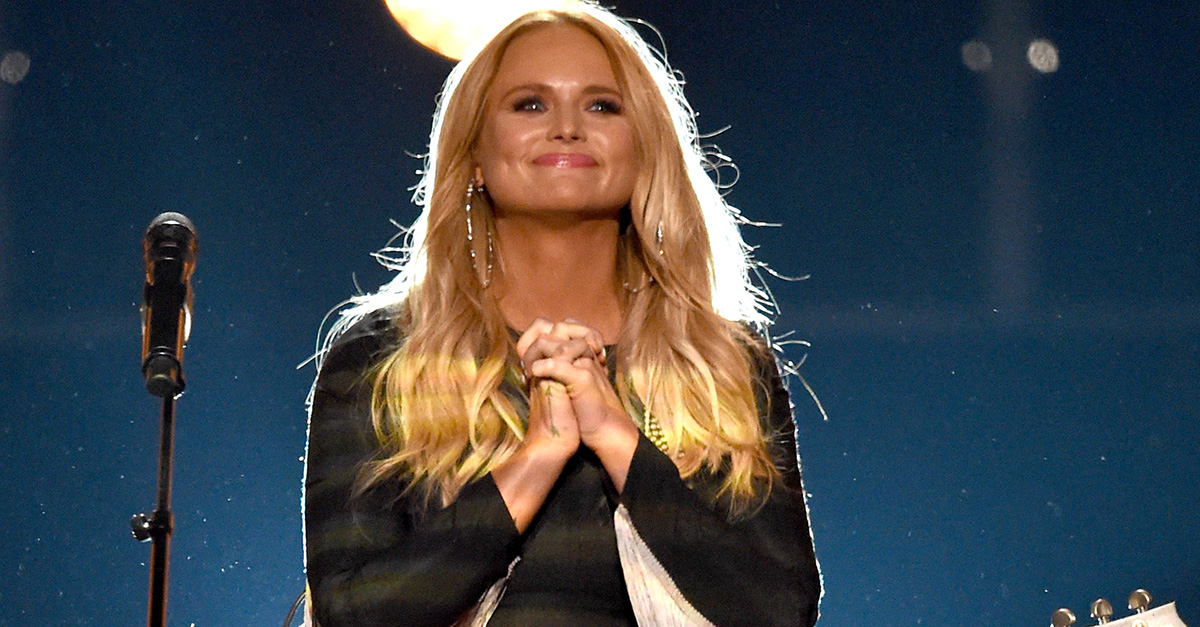 There were five country artists at the 52nd annual Academy of Country Music Awards eager to find out who won Album of the Year — but there was just one artist who admittedly put as much on the line with their respective albums as Miranda Lambert.

RELATED: Miranda Lambert has some stiff competition at this year’s ACM Awards

“I just want to say thank you for letting me use my heartbreak and sharing it with me,” Miranda told the adoring audience during her acceptance speech. “And to my dad Rick Lambert, who is here with me tonight, for this heartfelt title.”

Put your hands together for Album of the Year winner, @mirandalambert! 👏 #ACMs pic.twitter.com/e8YGDTSW06

It was Miranda’s dad who came up with the title and her family who was there to give their feedback on the album before anyone else. “I was really nervous initially,” Miranda told Rare Country in a recent pre-show interview. “I sent it to my family – I sent it to my dad and brother and mom and my friend April who is like my sister. I actually asked my dad if it was OK to use this title for this record because that’s what it tells like. I think he was honored by it.”

Miranda also received some love from none other than her boyfriend, Anderson East, who smiled broadly as he watched his lady step onto the stage to accept her big award.

Later in the night, she was also awarded Female Vocalist of the Year.