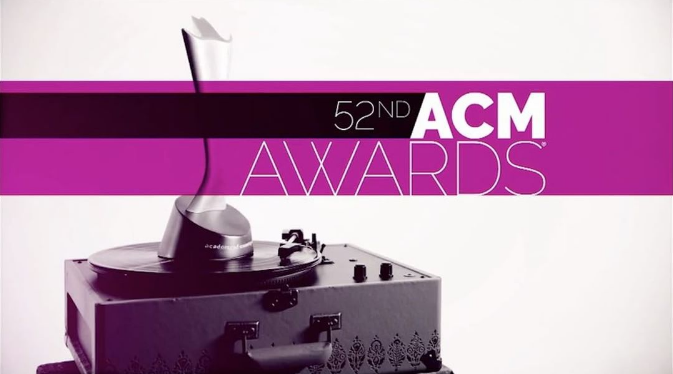 The winners for the 52nd Annual ACM Awards will be revealed live on the show Sunday, April 2 on CBS. Since we at Rare Country eat, breathe and sleep country music 24/7, we thought we’d round up some of our thoughts on who will, or should, take home the ACM trophies this year.

ICYMI, the first round of performers have been announced! Don't miss @jasonaldean, @flagaline with @backstreetboys, @mirandalambert, @littlebigtown, @marenmorris and more LIVE on Sunday, April 2 at 8pm ET/PT.

Entertainer of the Year:

Tammy: Singer, songwriter, musician, television personality ? being an Entertainer of the Year is hard work, but Keith Urban paid some big dues by having a larger-than-life presence everywhere this year. He’s surpassed just being a country star and is now an internationally recognized figure.

Hunter: After a decadelong career filled with nothing but No. 1 hits and major tours, Carrie Underwood cranked things up several notches with The Storyteller Tour. It was her most ambitious stage production ever, and the state-of-the-art lighting and video elements only accentuated her flawless vocal performance on hit-after-hit-after-hit. Carrie has earned this one fair and square.

Tricia: My heart desperately wants Carrie Underwood to win. With the year she had with both the “Storyteller” album and tour, I feel like Carrie is in a sweet spot to take this category.

Melinda: It?s been a big year for Luke Bryan. Aside from performing sold-out shows on his Kill the Lights Tour, he also set out on his eighth annual Farm Tour. Then, he went and blew everybody away singing the national anthem at the Super Bowl. It?s hard not to give this one to Luke.

Male Vocalist of the Year:

Tricia: In an effort to bring new country blood into the genre’s veins, I think the Academy of Country Music gives this one to Thomas Rhett, who has made an impression on the entire music industry this year.

Tammy: The Male Vocalist is about so much more than being able to sing, and Thomas Rhett personifies that. This past year, he opened himself up as a personality and an entertainer, not just a singer-songwriter.

Hunter: I think Thomas Rhett will win this category at some point. It could be this year, but even he would agree that the country music industry’s love affair with Chris Stapleton is far from over. I see him taking this trophy for the second year in a row.

Melinda: Keith Urban has received the highest number of nods this year with seven nominations. It?s been more than a decade since he won Male Vocalist of the Year, though. He really deserves it this year, especially with the release of his 22nd No. 1 single, ?Blue Ain?t Your Color,? and his duet ?The Fighter” with Carrie Underwood.

Female Vocalist of the Year:

Tricia: Carrie Underwood. It just feels like her year.

Tammy: Carrie Underwood is arguably the best Female Vocalist in the history of country music, but this category is about more than that. With a larger presence than ever on social media and a kickass tour, plus a voice that Pavarotti could envy, she seems like a shoe-in.

Hunter: I truly can’t decide! It’s great to see a Female Vocalist category full of successful, unique and artistically compelling artists. I would love to see all of them win this category at some point, as I think they all have years of success ahead of them. That being said, I think Carrie Underwood has a strong shot at winning this category for the first time since 2009. The success of her “Storyteller” album helped her snag the Female Vocalist trophy at the CMA Awards last November.

On the other hand, Miranda Lambert’s “The Weight of These Wings” is such a strong artistic statement, it could help her take her eighth consecutive Female Vocalist trophy. That would break Miranda’s current tie with Reba McEntire for the most wins in this category in the 52-year history of the ACM Awards.

Melinda: I think this one goes to Miranda Lambert thanks to the November release of her double-album, ?The Weight of These Wings.?

Album of the Year:

Hunter: In a normal year, Keith Urban, Florida Georgia Line, Maren Morris and Dierks Bentley would all stand a shot at taking home the Album of the Year trophy. All of these artists have either reached new creative peaks with these respective projects, or in the case of Maren Morris, announced the arrival of an important talent to the country scene.

Any year that Miranda Lambert releases an album is not a normal year in this category, though. With the exception of her debut album, “Kerosene,” every solo album Miranda has ever released has been named ACM Album of the Year. “The Weight of These Wings” is her most expansive and brutally honest project to date. Color me shocked if Miranda doesn’t take this category again.

Tricia: Miranda Lambert certainly deserves to take home the album category for a body of work that will remain in country fans’ hearts for a very long time.

Tammy: Keith Urban is five for five when it comes to hits off “Ripcord.” That should be enough to earn him this trophy. But in case you needed a little more convincing, the current single, “The Fighter,” is a superstar collaboration with Carrie Underwood. I’m just going to go ahead and drop the mic.

Melinda: ?The Weight of These Wings” was Miranda?s first album since her split from Blake Shelton, so interest was sky high when it came out in November. She put so much thought into making this record, and it could be argued that it?s her best album yet. Songs like ?Vice,? ?Highway Vagabond” and ?We Should Be Friends? make her the favorite in this category.

Song of the Year:

Hunter: “Die a Happy Man” is the song that really catapulted Thomas Rhett to superstar status. It’s also the song that made country fans truly fall in love with his wife, Lauren, who inspired the song. It’s a gorgeous tune made even sweeter knowing Lauren and Thomas are now expecting two babies to join their family this year.

Tricia: Holy competition! Each and every song in this category deserves to be there, but if I have to pick one, I pick “Vice” by Miranda Lambert. She laid her heart out in those lyrics, and her utmost honesty is deserving of acclaim.

Tammy: This is such a tough category, but Thomas Rhett’s “Die a Happy Man” is one of the most timeless songs to hit country airwaves in recent years. The lyric paints image after image and the scaled-down production makes us feel like we’ve washed our souls clean. I still crank this one up.

Single Record of the Year:

Hunter: “Vice” deserves to win just for the lyrics, “I wear a town like a leather jacket/When the new wears off, I don’t even pack it/If you need me, I’ll be where my reputation don’t precede me.” Nothing more need be said.

Tricia: I’m going with “My Church” by Maren Morris. The whole country seemed to be singing that song last year.

Tammy: “H.O.L.Y.” was a game-changer for Florida Georgia Line, but it was also just a damn fine tune. Lyrically, it ditched the clichés and buzzwords that this duo had been known and sometimes chastised for, and sonically, it lulled and soared in all the right places and just made us feel good all over.

Vocal Duo of the Year:

Hunter: I feel like Brothers Osborne could repeat their CMA Awards victory in this category at the ACM Awards. However, it’s hard to argue with the fact that Florida Georgia Line have earned this Vocal Duo trophy thanks to the monster hits “H.O.L.Y.” and “May We All.” My gut says it goes to FGL.

Tammy: Competition is getting stiffer in this category, but I think Florida Georgia Line can clinch it, especially after the year they’ve had. They’ve showed an amazing evolution as artists and as men, and everyone seems to want to work with them.

Tricia: I think this one goes to Florida Georgia Line once again, and for good reason. Their latest album took them to a vulnerable place that fans latched on to, yet they still retained their bad boy image, which is quite a feat these days.

Melinda: Florida Georgia Line is the only duo that also earned a nod in the big Entertainer of the Year category, which makes them the ones to beat. They had a strong year to back up their chances for taking this trophy. In fact, they recently extended their Dig You Roots Tour with their first stadium dates.

Vocal Group of the Year:

Tammy: Good things come to those who wait and Little Big Town has definitely stayed the course and waited their turn. Now, their rewards are pouring in, and I’d thumb wrestle anyone who thinks they shouldn’t get this award.

Tricia: I’m thinking Old Dominion might surprise everyone with a win here.

Melinda: I think Little Big Town has this category again. They really stretched themselves and showed they can branch out into other genres with their Pharell Williams-produced album, ?Wanderlust.? They followed that up with another No. 1 country hit, ?Better Man,” which I think could really put them over the top for the win.

Video of the Year:

Hunter: I can’t imagine all the planning that had to go into filming the “Forever Country” video. We’ve never seen that many country stars in one clip. It’s an amazing achievement that deserves to win this year.

Tammy: It’s got to be “Forever Country.” Technology and art held hands and skipped through the history of country music with this incredible piece of film and we’re the better for it. It was like a who’s who in country music, and we couldn’t watch it enough.

Tricia: Never have I seen a video that exemplified the love that fills this genre as much as “Forever Country” did. It was definitely one of country music’s shining moments of 2016.

Melinda: Tim McGraw?s message in ?Humble and Kind? is so powerful, but when you combine the song with the accompanying focus on the images of people from all different walks of life, it?s the perfect visual piece to represent the song.

Vocal Event of the Year:

Tricia: Not only did Dierks Bentley and Elle King’s “Different for Girls” get a bunch of mainstream attention, but it also hit on some topics that made people truly think. Definitely a winner in my book.

Tammy: I’ve got to give this one to Chris Young and Cassadee Pope for “Think of You.” What this song did for each of their careers is the stuff that dreams are made of. It jet-propelled them to a new level of fame and was one of the most anticipated performances on their tour.

Hunter: If you’re looking to live up to the title of this category, “Forever Country” was truly the Vocal Event of the Year. You’ve got Reba McEntire, Carrie Underwood, Miranda Lambert, Keith Urban, Dolly Parton, Blake Shelton, Luke Bryan, Alan Jackson and so many more superstars all singing together on a stellar medley of country classics. It’s a once-in-a-lifetime achievement that deserves to be recognized.