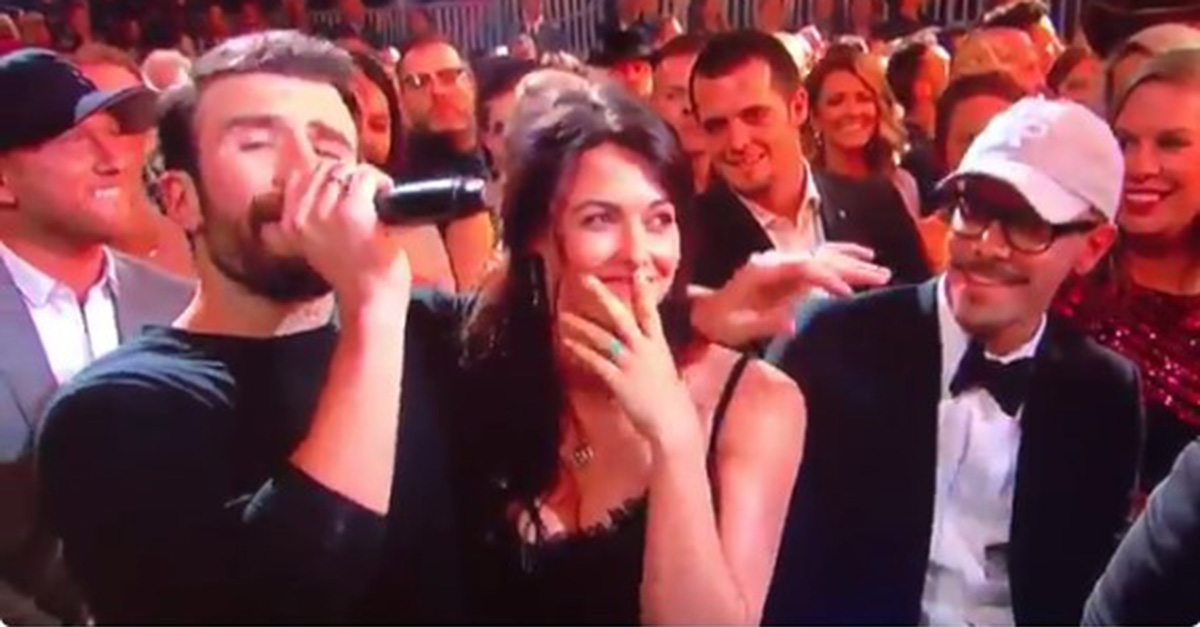 If there’s one song that gets us in the mood to drive down windy roads with our stereo cranked all the way up, it’s Sam Hunt’s sun-drenched “Body Like a Back Road” — Lucky for us though, we didn’t have to do all that since the 32-year-old country crooner performed the breezy number at the 52nd annual Academy of Country Music Awards on Sunday night.

Taking the ACM Awards show stage at the T-Mobile arena in Las Vegas, Sam looked tall, dark and handsome in his dark jeans and a black long-sleeved shirt. But, perhaps it was his wife-to-be Hannah Lee Fowler who stole the show. You see, midway through Sam’s performance of the hip-hop flavored track, he went and sat beside his gorgeous fiancée, as if to tell the world that he was taken.

Of course, the seemingly shy Hannah couldn’t help but blush, while her man enjoyed the moment. Heck! Sam even planted a loving kiss on her head, which you can see in the tweet above. Following Sam’s cute interaction with his lady, he made his way back to the stage and knocked out the rest of his tune amid a giant display of intoxicating desert roads and sunshine.

“Body Like a Back Road” was released on Feb. 2, as the first single from Sam’s untitled follow-up album to 2014’s “Montevallo.” The tune, which Sam co-penned with writers Zach Crowell, Josh Osborne and Shane McAnally, also served as the first release in the wake of his engagement to Hannah.

In June, Sam will head out on his 15 in a 30 Tour, featuring special guests Maren Morris and Chris Janson. The tour begins on June 1 at Blossom Music Center in Cuyahoga Falls, Ohio. Sam is expected to release his sophomore album later this year.