There’s a bromance brewing between Jason Aldean and “Mr. 1994” 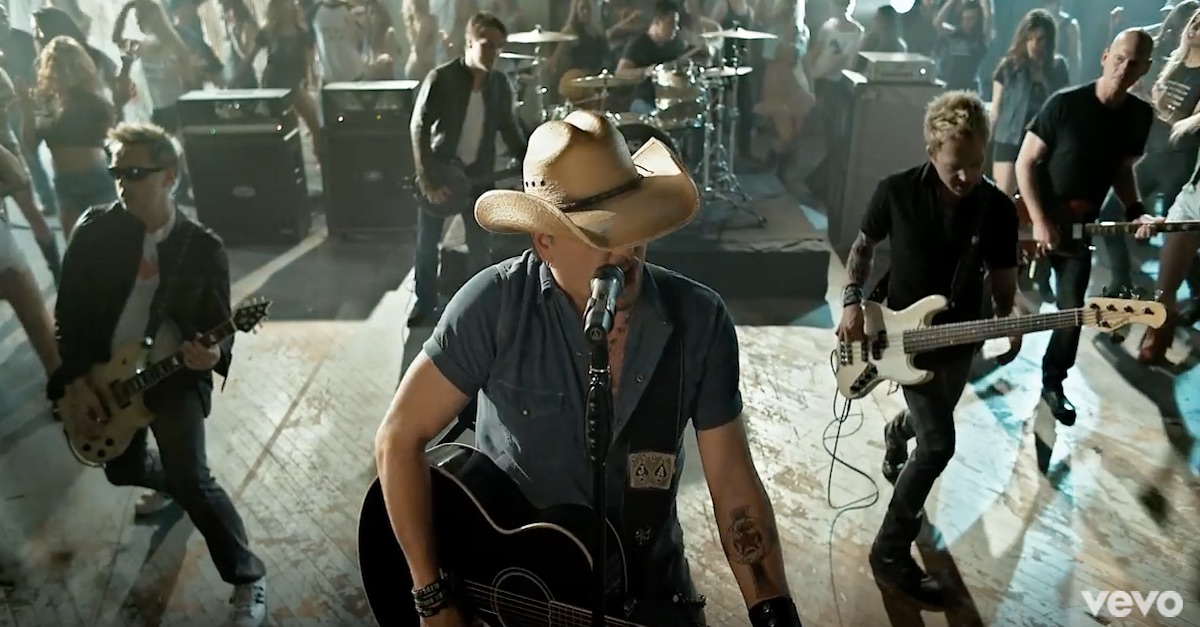 When Jason Aldean and Darius Rucker posted a hilarious video on social media after the ACM Awards, what happened in Vegas did not stay in Vegas.

Apparently, at an ACM Awards after-party, Darius called his good buddy Jason out for not including him in the great music video for his 2013 top 10 hit ?1994.?

?So, Darius was mad at me because I didn?t put him in my ?1994? video,? Jason says while Darius peers over his shoulder shaking his head. ?But he was like Mr. 1994, Hootie and the Blowfish.”

RELATED: Darius Rucker?s cover of ?Purple Rain? is something you need to hear on a day like this

?I was doing all right in 1994,? Darius acknowledges with a laugh before Jason plants a kiss on his bald head.

Darius was, indeed, doing just fine in the chronicled year. The Hootie & the Blowfish album, ?Cracked Rear View,? was released in 1994 and was eventually certified 16 times platinum, meaning 16 million copies sold. ?Cracked Rear View? included iconic Hootie hits like ?Hold My Hand,? ?Let Her Cry,? ?Only Wanna Be With You? and ?Time.?

In 1994, Jason was playing high school baseball and honing his performing chops by playing classic country music in local clubs around Macon, Georgia. As much as he enjoyed playing baseball and as good as he was, he ditched the idea of playing in the major leagues to pursue a career in country music. While we can?t address his baseball skills, we fully support the decision he made.

So dare we say, maybe it?s time for a remake?