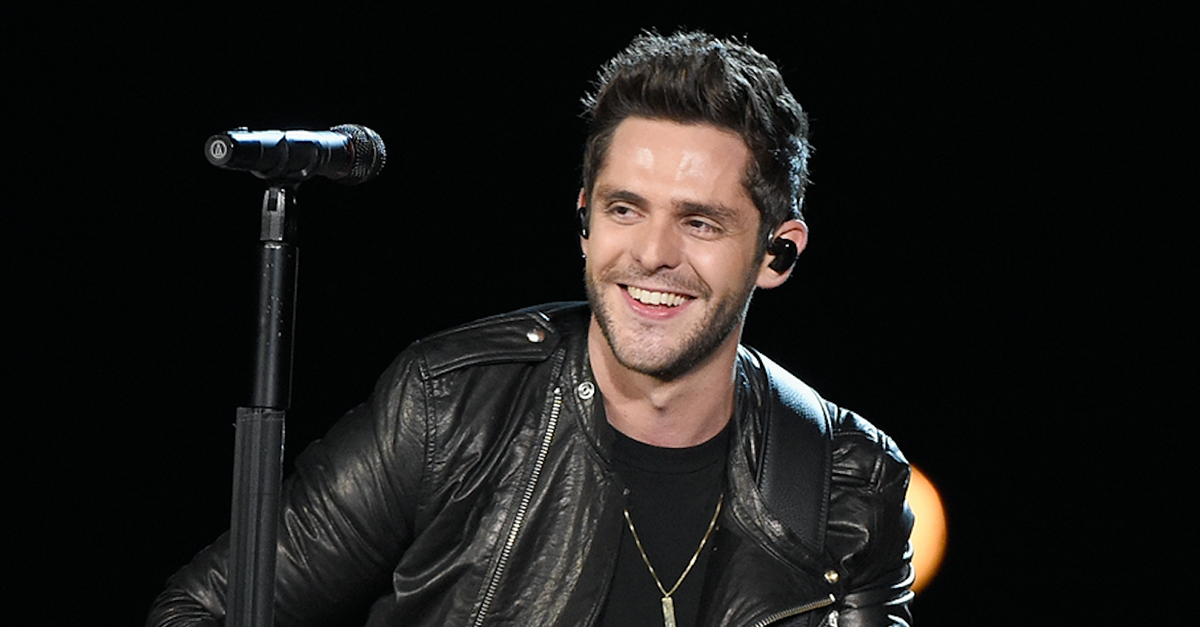 Thomas Rhett’s brand-new song has got us feeling a little hot and bothered, and we haven’t even heard it yet!

The single is called “Craving You,” and Thomas has recruited red-hot country star Maren Morris to sing with him on it. Thomas’ description of the song tells you most of what you need to know.

Thomas adds, “This guy is just craving this girl.”

Thomas goes on to say “Craving You” has an uptempo, yet tense ’80s vibe to it.

As for working with Maren, Thomas says, “There’ s a lot of females that are killing it right now, and Maren is just one of those girls whose voice is just undeniably powerful and soulful and on top of that, just a really sweet person to work with.”

“Craving You” will be released everywhere on March 31 before Thomas and Maren perform it on the ACM Awards coming up April 2 on CBS.