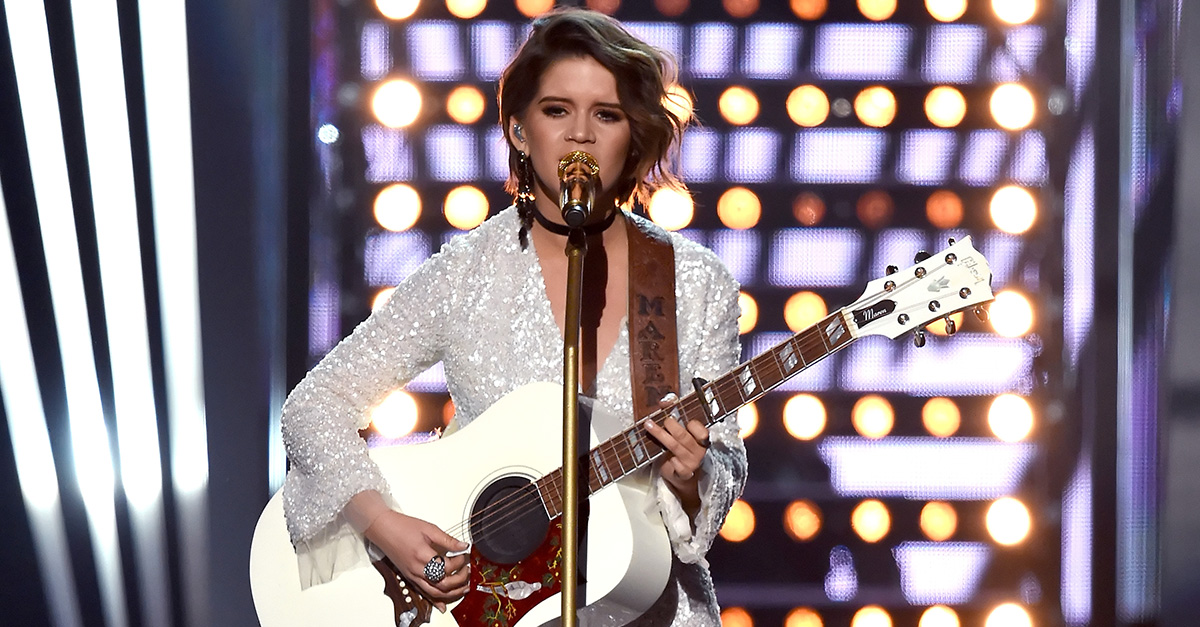 Country music singer Maren Morris took to the stage at the 52nd annual Academy of Country Music Awards on Sunday, April 2, with her newest single, “I Could Use a Love Song.” The song is a track from her 2016 debut album, “Hero.”

The Arlington, Texas, native donned a stunning white, floor-length gown for her performance. She paired her outfit with noticeably shorter hair in comparison to her previous awards show looks.

Strumming on her signature acoustic guitar, Maren leaned into the microphone and channeled heartbreak and vulnerability to portray the song’s emotional subject matter. It’s a different side of Maren compared to the upbeat tracks that we’ve gotten used to in songs like “My Church” and “80s Mercedes.” Nonetheless, she does an impeccable job. You can see a clip of Maren’s ACM appearance in the tweet below.

After her performance, Maren accepted her first award of the night for the esteemed ACM New Female Vocalist of the Year.

“I don’t know why I’m in shock right now. I knew this was going to happen, but I’m so grateful,” she said in her acceptance speech, “and this year has been the best year of my life. Everyone from Little Big Town that took me out on the road two years ago, and Keith Urban, you put me on my first ever tour. Thank you for the fans, and country radio for this amazing honor.”

Later on in the show, she will team with fellow country star Thomas Rhett to duet on their brand-new song, “Craving You.”