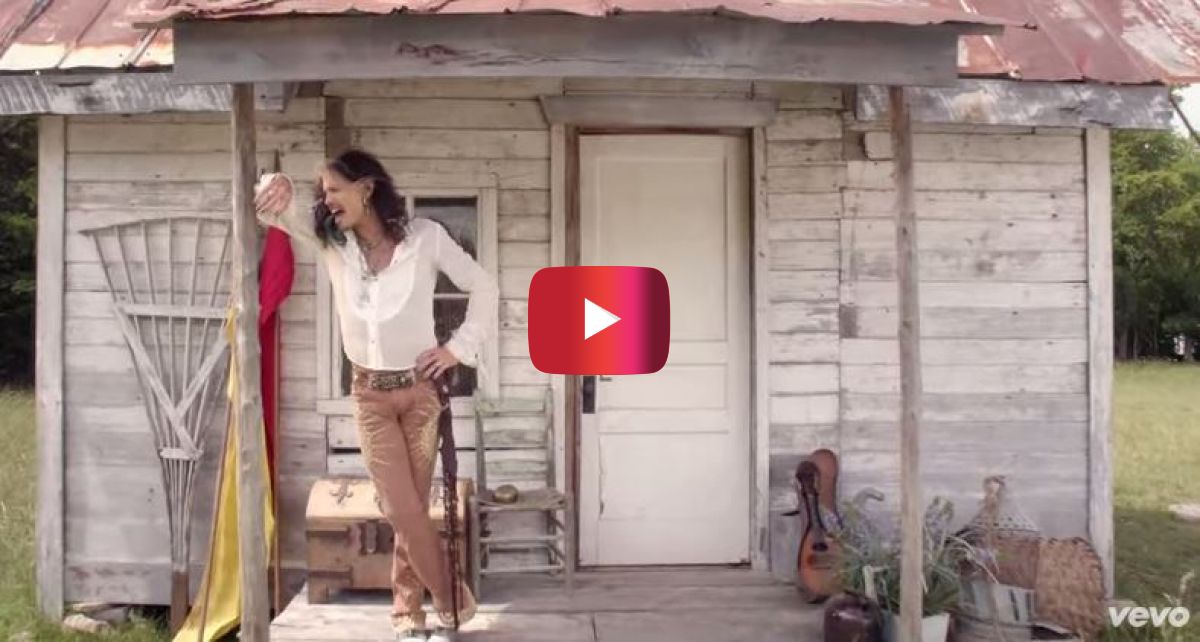 But maybe it?s time to give the guy a chance.

Because while we may all know him for his wild stage antics and primal screams, Tyler is sounding and looking sweeter than ever. In his brand new video for his debut Country single ?Love is Your Name,? Tyler conjures up images of sweet living down the back roads of life, and once again clings to his love of gypsy type living that becomes more and more enticing the more you watch.

?This video has so many personal elements in it for me,? said Tyler in a recent press release about the video, which was filmed just outside of Nashville. ?I came from a family that was a touring band. I grew up as a young boy with my pet raccoon and my slingshot. My real band Loving Mary is featured in the video. This song and video both resemble what the album will sound like.?

Just a few short months ago, Tyler made the jump into the country genre when he signed to the Dot Records label, which falls underneath the Big Machine Label Group and is home to music titans such as Tim McGraw and Taylor Swift.