After a fiery crash, an injured NASCAR driver’s family speaks out about his health 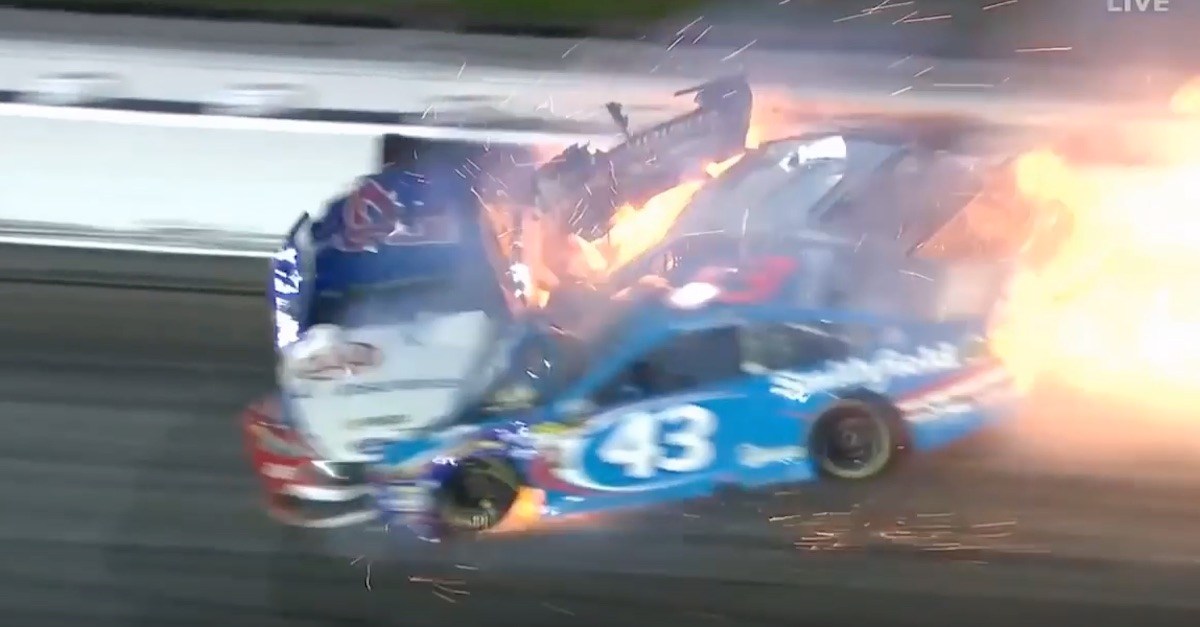 Longtime NASCAR fans have learned that sometimes the crashes that look relatively mild render the worst results. After Aric Almirola dropped his window net following a fiery three-car incident with Danica Patrick and Joey Longano last weekend in Kansas, many assumde that the veteran driver was OK. However, he was airlifted to the hospital where we later learned he suffered from a compression fracture to his spine.

Sam told Fox 13’s Kevin O’Donnell that the news is good. “He’s home, he’s walking. There were a lot of tense moments, but everything is good today,” he said. Sam also said that Aric plans to return to the doctor for a more comprehensive diagnosis. He went on to explain that the compression fracture occurred when the table end of Aric’s No.  43 car became airborne and then crashed back to the ground.

Although Danica’s car looked completely engulfed in flames, she did walk away from the accident. The roof of Eric’s Petty car had to be peeled to extricate him from the vehicle.

No time frame has been given for the injured driver’s return to racing, but we have also learned from Fox Sports that Carl Edwards was approached to be Aric’s temporary replacement for Richard Petty Motorsports. He declined the offer.