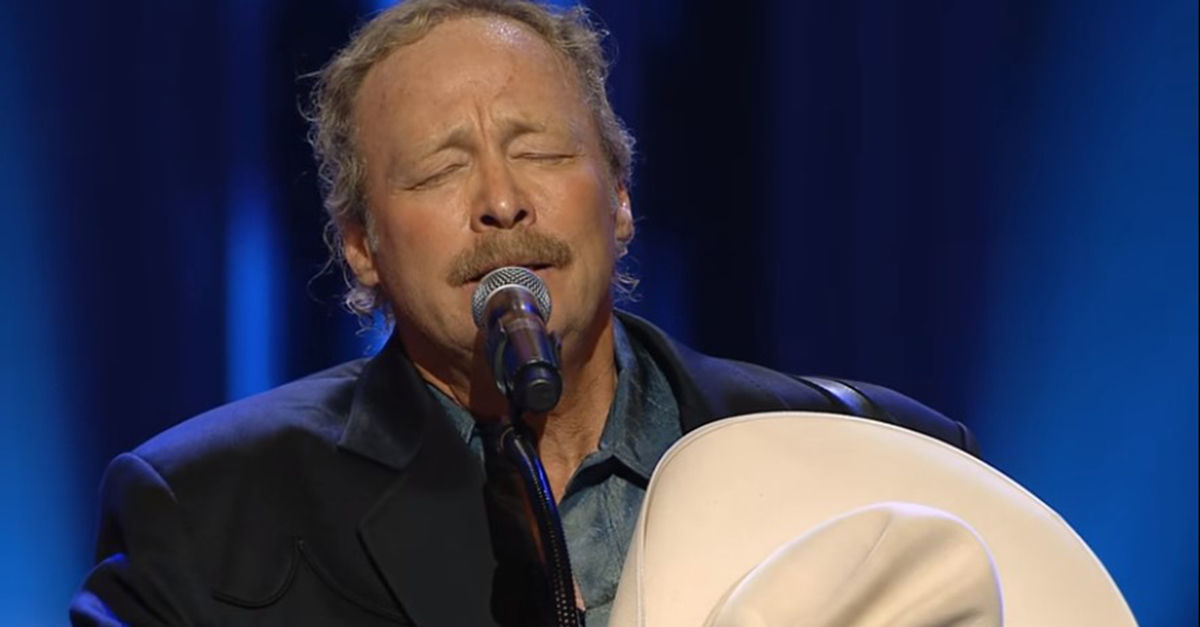 One of country music’s greatest gems, George Jones, had passed. And with with him went a sense of country traditionalism that we have never quite found again.

The country music community joined together in the days following his death at the Grand Ole Opry to say goodbye to George. Speeches were said, hugs were given and tears were shed.

But nothing could come close to the tears that fell down upon the faces of attendees when fellow country legend Alan Jackson stepped on stage to sing the song that everyone is the room was both looking forward to hearing, yet dreading at the very same time.

RELATED: The night Alan Jackson stood up for George Jones is one of the most memorable “CMA Awards” moments ever

Alan sang the song “He Stopped Loving Her Today” with a passion and a reverence that took everyone’s breath away. As George’s casket lie just feet from him and George’s family sat looking up, Alan brought an emotion to the performance that no one will ever forget. And during those last few lines when he went to take off his hat in a sign of respect, people were speechless.

Three years have passed since then, and there are still moments that country fans have to remind themselves that George is not here. But it’s these performances and memories that will always remind us the emotion we felt that day, and the emotion that we continue to feel after all of this time.