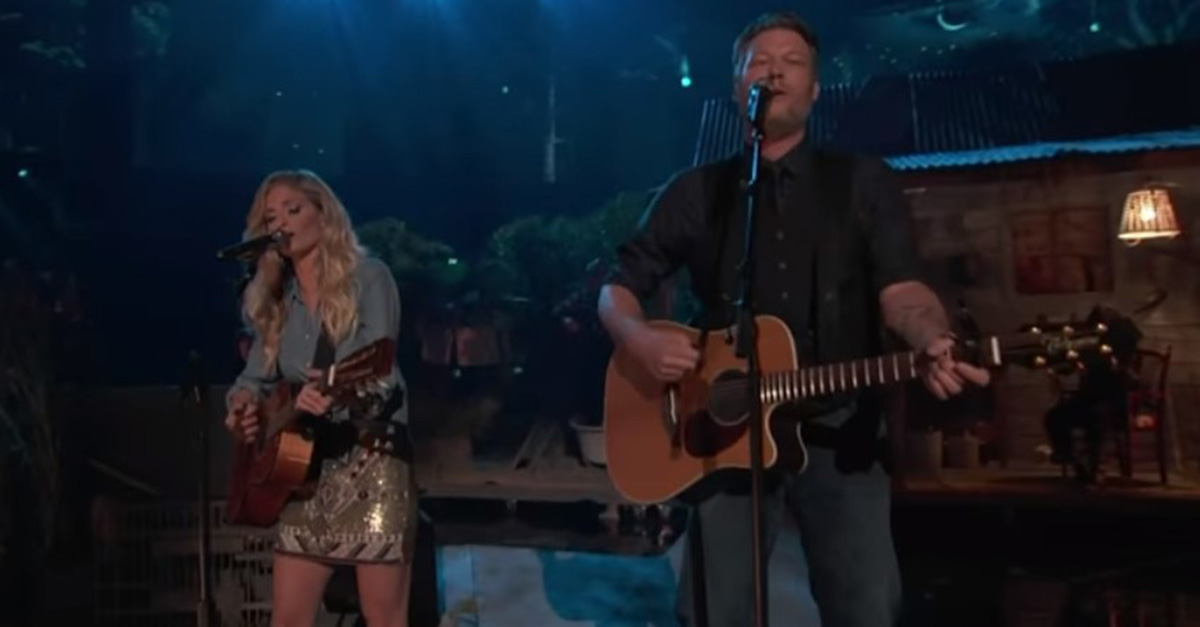 Country contestant Lauren Duski took the stage with Blake Shelton during the first part of “The Voice” Season 12 finale on Monday, May 22.

For their joint performance, the two singers collaborated on ?Tear In My Beer? ? a classic country song written by Hank Williams Sr. and also re-recorded by Hank Jr.

Lauren looked like a star in her denim jacket and Aztec-style, sequin mini-skirt, while appearing alongside her famous coach, who was dressed in a black vest and dark jeans. Both singers strummed on their acoustic guitars, while trading lines on the iconic tune.

?Tear In My Beer? was Lauren?s second performance of the night, as the final four contestants were required to sing three songs in hopes to earn fan votes one last time. The singer-songwriter also turned out an original song called ?Deja Vu? and a cover of Garth Brooks? ?The Dance.?

Before the night ended, Blake complimented Lauren saying, ?I just wanted to believe somebody and I don?t think there?s ever been anybody on my team that?s more believable than Lauren.?

RELATED: A country cowboy?s blind audition on ?The Voice? made a believer out of the coaches

Lauren’s soft and angelic voice has given her a real edge this season on “The Voice.” She has breezed through the competition with songs like Jewel’s ?You Were Meant For Me? and Alison Krauss’ ?When You Say Nothing At All.?

Because of her last three strong performances, there?s a very good chance that she will make it all the way to the end. Of course, only time will tell. Fans can find out Lauren?s fate on ?The Voice? at 8 p.m. ET on Tuesday, May 23 on NBC.