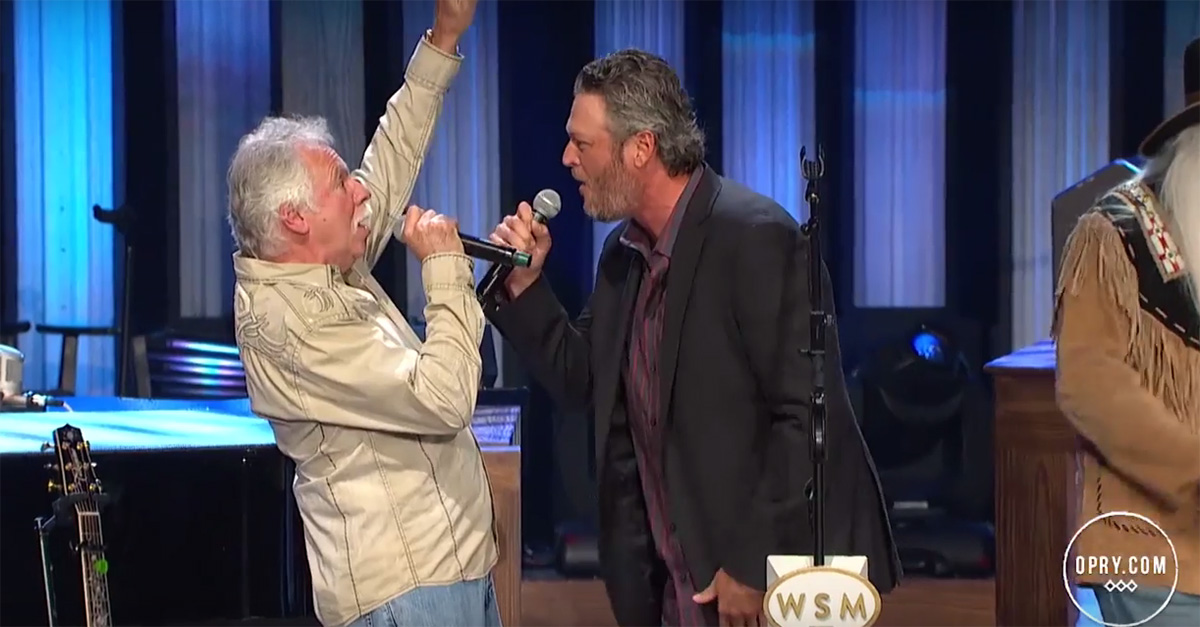 Blake Shelton and the Oak Ridge Boys are two of the biggest acts in country music. So when you pair them together onstage, you’re bound to see a spectacular performance.

Fans actually got to witness that during a show at the Grand Ole Opry in April.

At the time, the 40-year-old “Sangria” singer wasn’t listed in the night’s star-studded lineup, which included Keith Urban, Rascal Flatts, Terri Clark and Montgomery Gentry. So he surprised fans by walking out onstage.

After churning through big hits like “Honey Bee” and “Ol’ Red,” Blake and the Oaks joined forces for an unforgettable mashup of “Doing It To Country Songs” and “Elvira.”

In this clip, Blake dons a black suit coat and a button-down shirt. He sings the first verse of the groovy “Doing It To Country Songs” before the Oaks make their way onto the stage to join him on the upbeat chorus. After repeating the catchy chorus a few times, the group segues into the Oaks’ signature hit, “Elvira.”

Blake is no stranger to surprising his loyal legion of fans. As a matter of fact, he did just that on June 8, during the annual CMA Music Festival. After delivering yet another performance on the Opry stage, he took to Twitter to let his fans know that he would be playing a few pop-up shows at local bars in the Nashville area.

As for the Oak Ridge Boys, they, too, were present at the 2017 CMA Music Festival. On June 8, they performed on the Cracker Barrel Country Roads Stage at Nashville’s Ascend Amphitheatre.