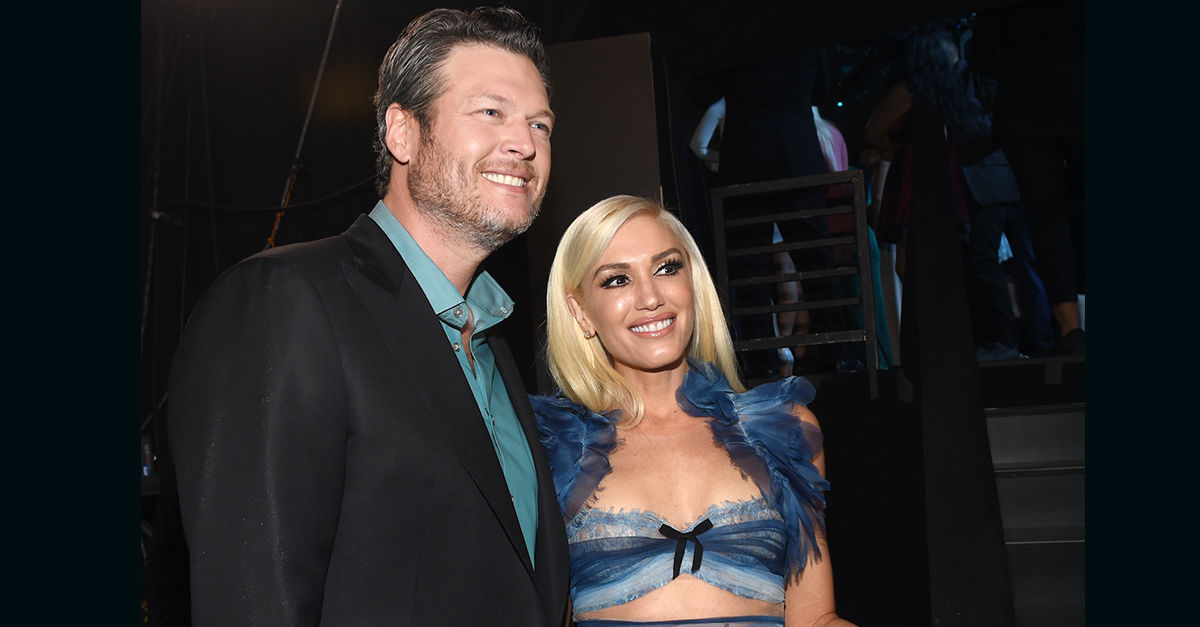 Blake Shelton makes it clear that he feels lucky to have Gwen Stefani by his side in his latest hit, “A Guy with a Girl.” At the party to celebrate the song going to No. 1 at country radio, Blake told the crowd this song came along at a “perfect time” for him.

As you can see in this Rare Country Facebook Live video, Blake says, “I have literally experienced this song in every way you can imagine. I’m a little bit — I’ve out punted my coverage, or whatever the hell they say.”

Blake’s fans clearly think Gwen is the lucky one in the relationship. She joined him onstage last weekend during a show, and a homemade T-shirt one fan threw on the stage says it all.

Says Blake, “[It] said, ‘She’s the girl with the guy,’ and it had a picture of me on it. So, you know a song is getting big whenever they start making their own [T-shirts] up and stuff like that.”

RELATED: This young “The Voice” contestant stunned Blake Shelton with her take on a Keith Urban hit

“A Guy with a Girl” is included on Blake’s current album, “If I’m Honest,” available now. You can catch him on season 12 of “The Voice,” airing weekly on NBC.