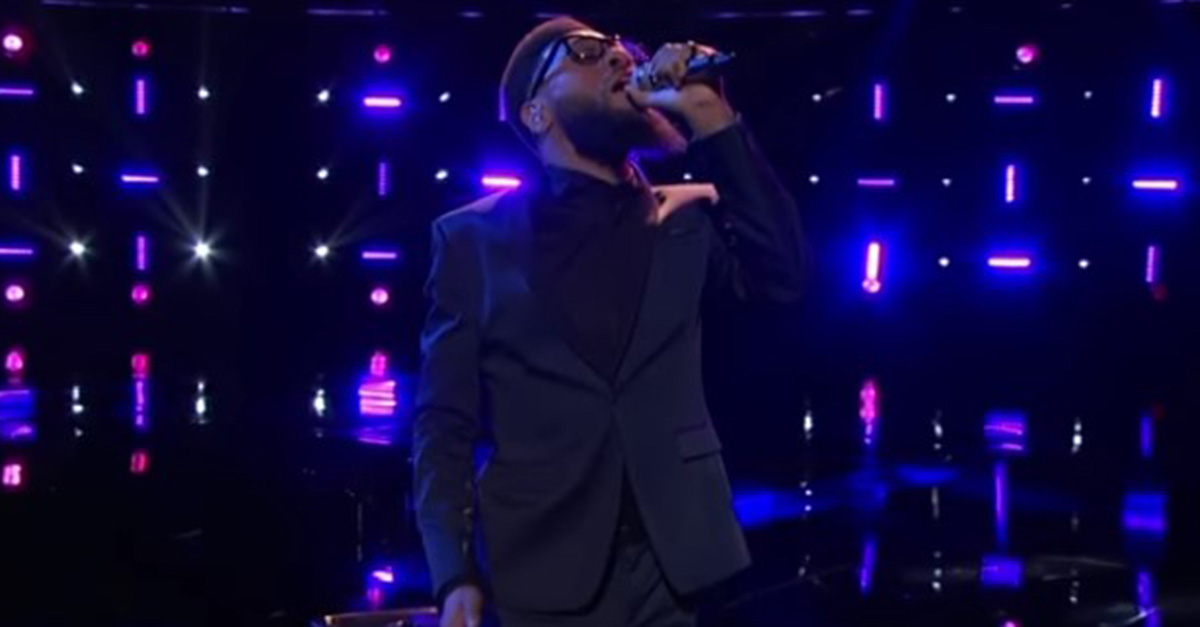 If you hand Top 12 ?The Voice? contestant TSoul a microphone, then something magical is bound to happen.

The Team Blake singer proved that on Monday, April 24, during the reality television sing-off show’s Top 12 round.

RELATED: A ?The Voice? front-runner won over Blake Shelton with this masterful country cover

The 29-year-old R&B singer from Richmond, Virginia gave viewers goose bumps with his Willie Nelson-inspired version of ?Always On My Mind.? In rehearsals, coach Blake Shelton and key adviser Shania Twain revealed that they originally planned to showcase TSoul?s skills on the piano. But, they changed their minds after hearing his run-through of the gospel-tinged track from behind a microphone.

In his live performance, TSoul came to life. He opened up the country ballad with so much emotion and angst in his voice. He sang lyrics like ?If I made you feel second best/ Girl I’m sorry/ I was blind/ You were always on my mind,? while making sure to highlight his technical vocal skills with epic runs and powerful notes. Needless to say, the coaches were floored!

?You really do put your soul into what you sing,? Shania applauded, ?You get really lost in your own world, and that is very captivating and touching. You have a true soul, voice and heart.?

RELATED: Here?s your first look at Shania Twain?s role on ?The Voice?

?You?re looking at one extremely proud and happy coach right now, man,” Blake added before echoing Shania?s sentiments. ?I?ve never seen anybody that gets lost in their performance like you do. I admire that as a fellow artist. And, I love that as a fan!?

TSoul is an obvious standout on this season?s show. With his rendition of ?Always On My Mind,? it?s hard to imagine his journey ending. Fans can find out if TSoul is safe when ?The Voice? airs its results at 8 p.m. ET on April 25 on NBC.