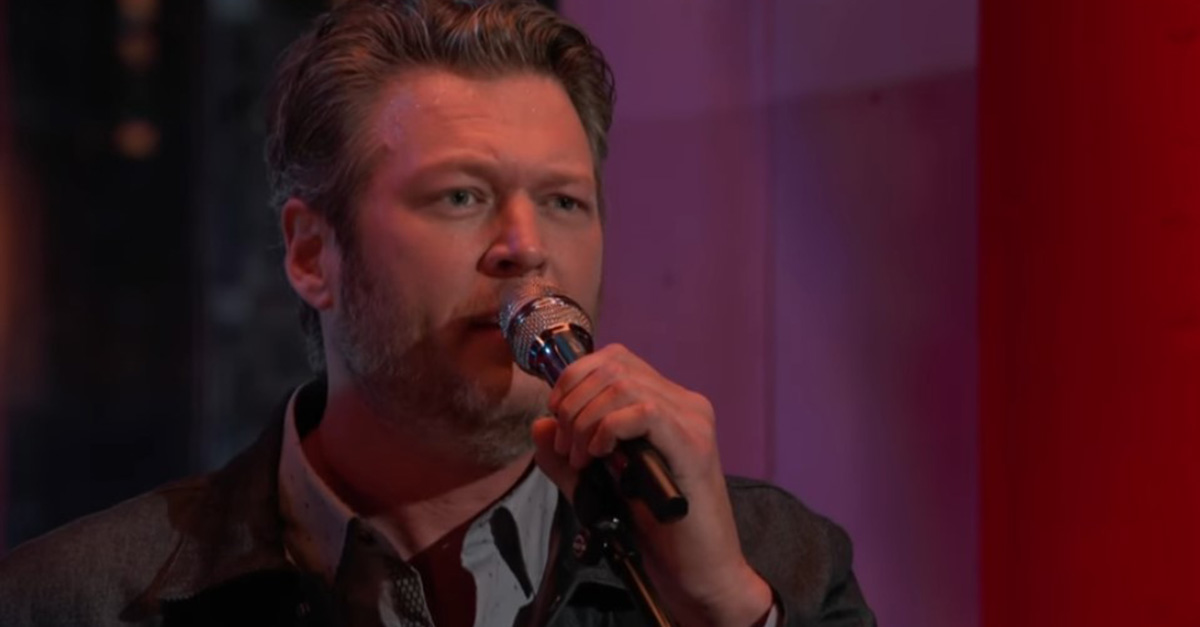 Blake Shelton took a break from his coaching duties on NBC?s ?The Voice? to deliver a rousing performance during the Top 10 Live Shows on Monday, May 8.

The 40-year-old country singer, who was announced by host Carson Daly, pleased the studio audience, as well as the rest of the coaches, with his latest single, ?Every Time I Hear That Song.?

In his performance, Blake donned a classic suit jacket and jeans. He stood in the center of a giant red stage piece with acoustic guitar in hand and belted out the heartbreak ballad with all of the right notes. His loving girlfriend, Gwen Stefani, watched on and even sang along during the emotional verses.

?Every Time I Hear That Song,? released on Feb. 20, is the fifth single from Blake?s 2016 album, ?If I?m Honest.? Though Blake sounds much like he?s singing to the likes of an old flame, that?s actually not the case. Blake didn?t write the tune. The song was co-written by Aimee Mayo, Chris Lindsey and the Warren Brothers.

In addition to Blake?s performance, his three mentees left in the season 12 competition ? Aliyah Moulden, Lauren Duski and TSoul ? all sang their hearts out with cover songs in hopes to earn enough votes to make it into the next phase on the show.

Fans can keep up with ?The Voice? every Monday and Tuesday night on NBC.