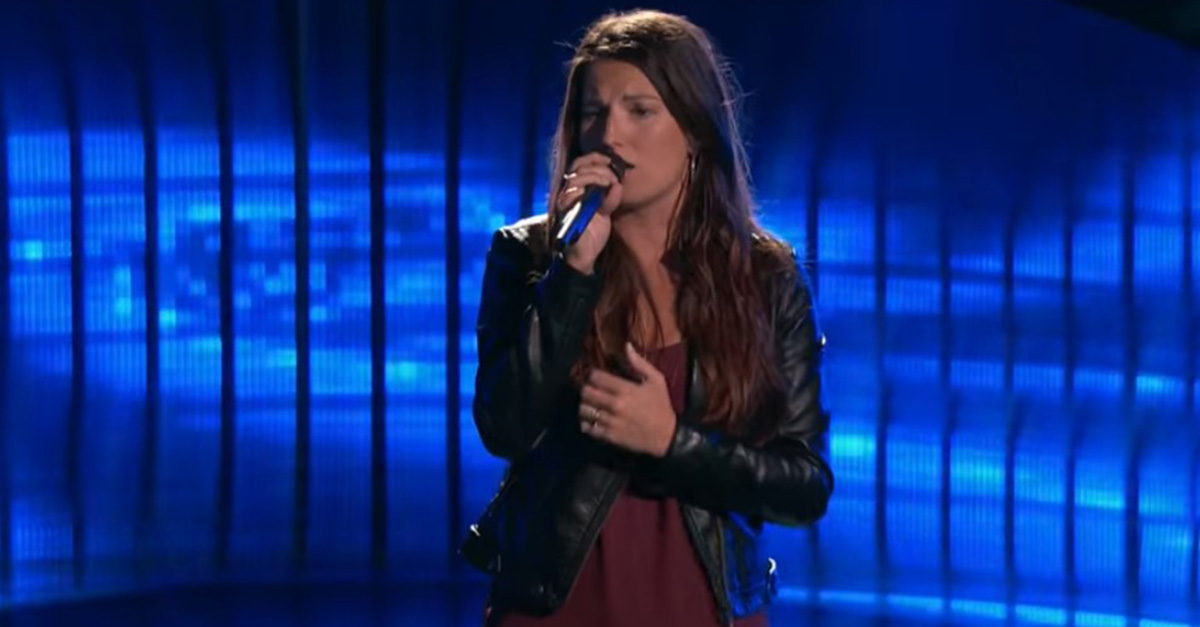 Blake Shelton may be known as the country coach on ?The Voice,? but every now and then, a twangy contestant finds their place on a different mentor?s team.

Such is the case for 33-year-old Florida native Sheena Brook, who earned a spot on Team Adam after her blind audition on March 14.

For her performance, Sheena channeled Sugarland?s ?Baby Girl.? Clad in a leather jacket and a maroon top, the brunette hopeful gripped the microphone to showcase her tremendous range and vocal control. Sheena?s prowess appealed to Adam, who pressed his red button after a mere 17 seconds. His chair turn had Sheena?s loved ones jumping up and down from the side stage.

Although the other coaches didn?t turn their chairs for Sheena, it was obvious that they were blown away by her voice.

?First of all, I?m sorry that my button doesn?t work, but congratulations for making it on the show,? said an apologetic Blake, alluding to the fact that his team was already full.

?You?re so good,? added Gwen Stefani, ?Like, I?m super excited for Adam to have you, a country singer, on his team. It?s very exciting.?

Of course, Adam took the chance to rub it in Blake?s face that he nabbed a potential country star. ?I know Blake?s hands were literally tied,? he said, ?I want nothing more than to show him that I can bring a country singer all the way to the top, and that country singer could very easily be you.?

Perhaps he?s right! Sheena will continue her journey on ?The Voice? on March 20 when the battle rounds begin.