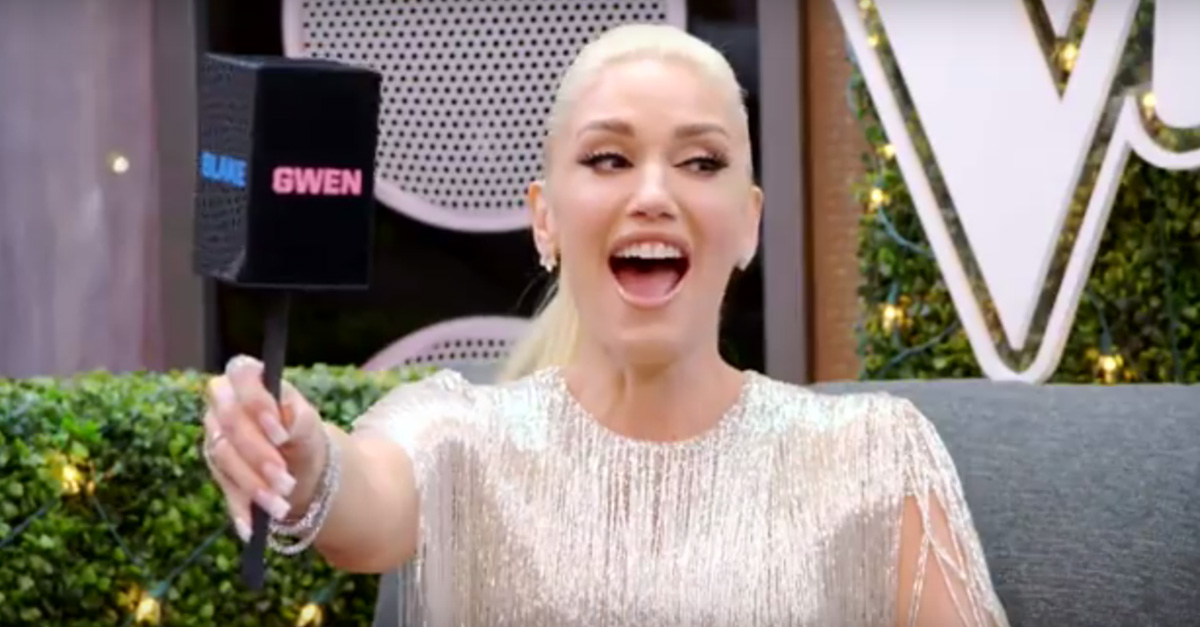 Ever since Blake Shelton and Gwen Stefani reunited as coaches for season 12 of ?The Voice,? they?ve been non-stop flirting with each other.

So you can imagine how steamy things got when they played a game of ?Who?s Who,? where they teamed up with co-stars Adam Levine and Alicia Keys to reveal answers on questions like, ?Who would you trust to cut your hair??

It was Blake’s naughty comment during the question ?Who would you want to style you?? that made Gwen?s jaw drop. Everything seemed pretty innocent at first, as Adam and Alicia both agreed that they’d let Gwen style them. Then, out of curiosity, Gwen said she’d choose Blake to pick out her outfits.

?I want to see what Blake would want me to wear,? she said.

That?s when her country beau gave fans a glimpse into the intimate part of their relationship.

Of course, Blake and Gwen?s love fest isn?t the only one that shines on ?The Voice.? When it came to the question, ?Who would you want to throw a party with?? Adam was all for Blake!

?I?m going to say Blake because I know I?ll get super wasted,? he said of his bromance buddy.

?And, there will be cheese dip,? Blake replied.

Watch the hilarious exclusive video above!