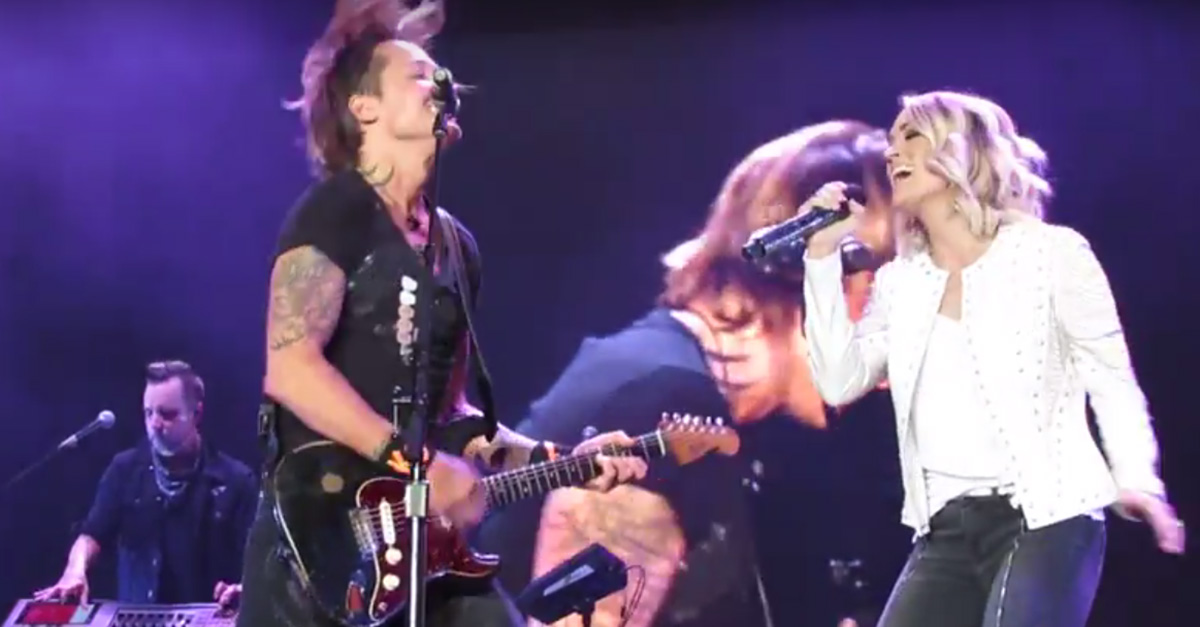 Carrie Underwood and Keith Urban are two of the biggest artists in country music. So whenever they perform together, it makes for double the star power!

Lucky for us, they will be sharing the stage at the upcoming 2017 Grammy Awards, as confirmed in a press release.

RELATED: Carrie Underwood reveals the next big thing on her bucket list

Carrie and Keith have not yet revealed what songs they will be singing, but if we’re going by their previous onstage collaborations we’re pretty sure it will be spectacular!

In December, Carrie joined forces with Keith on nine dates in Australia and New Zealand, as part of his Ripcord World Tour. During their run of shows, the hitmakers teamed up for not one, but two songs. They traded verses onstage for “Stop Draggin’ My Heart Around,” made famous by Tom Petty and Stevie Nicks, and also paired up for “The Fighter,” a duet they share on Keith’s “Ripcord” album.

After spending time together on the road, Carrie and Keith have become good friends. In fact, the 33-year-old mother of baby boy, Isaiah, says that Keith has given her some valuable parenting advice.

In an interview with Access Hollywood Carrie said, “He’s such a nice guy. We talked family. He has two girls that are older then my son, and it’s been great just being able to pick his brain a little bit on how he and Nicole make it all work with their family. It’s just been good being around him.”

RELATED: Carrie Underwood gives us an update on her sweet doggy’s health

The 59th annual Grammy Awards will take place in Los Angeles on Feb. 12.