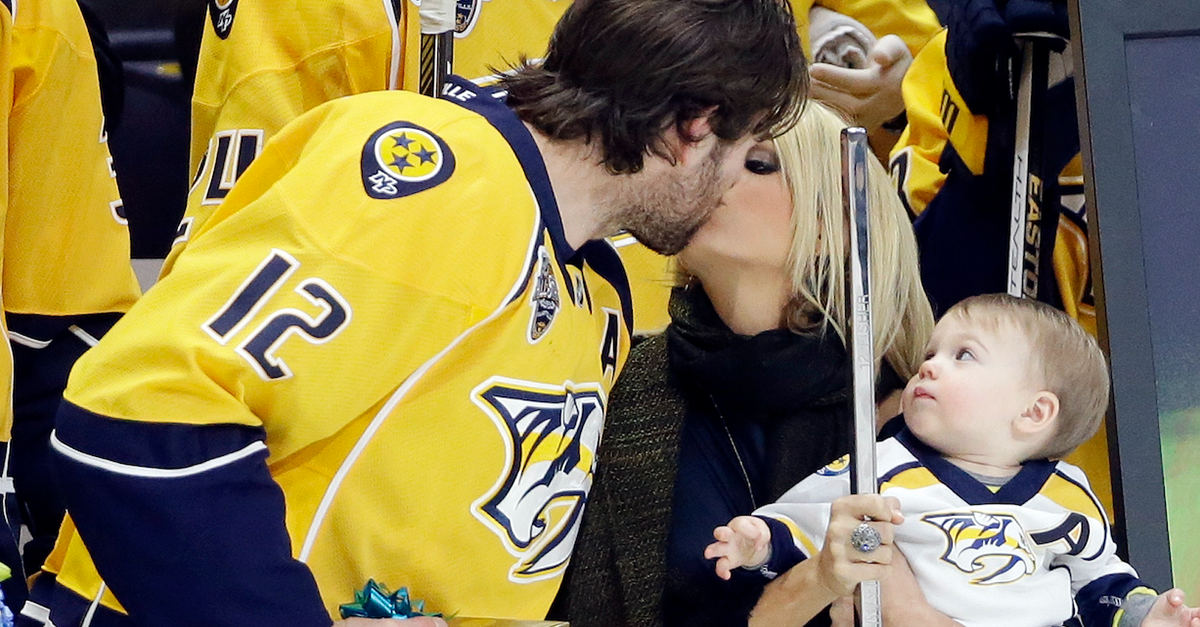 After coming so close to snagging the Stanley Cup, the pinnacle of a successful hockey season, word is now surfacing that Mike Fisher, the captain of Nashville’s NHL Predators and the husband of country superstar Carrie Underwood, may be considering retirement from the sport.

Mike recently shared a post on his Instagram page thanking fans for their support and addressing how significant the season had been. The tone of the post had many fans speculating if he may be laying the groundwork for pulling the plug on this part of his hockey career.

According to Nashville’s “The Tennessean,” Mike’s contract is up at the end of June and, although the center for the Western Conference Championship team is still young, vital and playing at his best, he could be ready to step away.

Mike told the publication, “Everyone wants to win in this game, no one probably more than me. But there’s other things. At the end of the day, this is a game. It’s an important part of me, but it’s not everything.”

The native Canadian hockey player just turned 37 during play-offs, and this past season marked his 17th in the NHL. He has played in Nashville since 2011. Mike and Carrie have a two-year-old son, Isaiah, and could possibly be adding to the family. And as much as he loves his teammates and they love him, they aren’t his first priority.

RELATED: Carrie Underwood tells Mike Fisher she’s “beyond proud” of him in this heartfelt note

“There’s other decisions and other people that are involved, so we’ll take those into account,” he said. “For me, it’s faith, family and then hockey, really. We’ll see where that fits in. I love being part of this group. I had a blast.”

Much like his celebrity wife, Mike is known for being a devout Christian and an upright guy. Even teammate Pekka Rinne, the Predators’ superstar goalie, remarked, “He’s a great person. He makes people around him better.”

Whether Mike decides to become a full-time daddy, segues to a different career or takes another run at the cup remains to be seen. Sounds like we’ll find out in a couple of weeks!