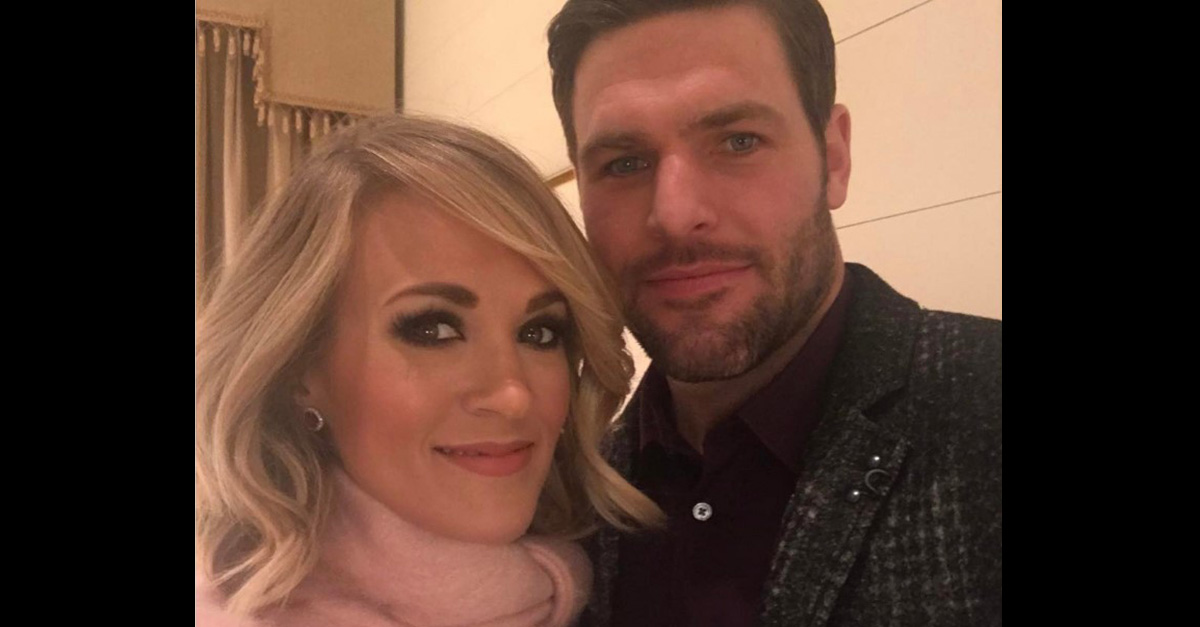 Many of our favorite country couples showed their affection for each other on Valentine’s Day, including superstar Carrie Underwood and her hockey player hubby, Mike Fisher.

The “Church Bells” singer took to Instagram on Feb. 14, with a photo showing just how happy she is to be with her man. She simply captioned, “A dinner date with my Valentine @mfisher1212. ❤️️💖😍😘,” and included a few love-related emojis!

In the adorable shot above, Carrie and Mike are each other’s arm candy! The 33-year-old hit-maker looks pretty in a pink cashmere sweater with sparkly stud earrings. She also sports effortless curls and shimmery eye shadow. As for Mike, he looks handsome in a maroon colored button-up shirt with a classic coat.

Carrie’s V-Day celebrations come after her long and super ambitious 2016 Storyteller Tour. So, it’s good to see that she’s able to finally enjoy some family time.

“I’m kind of taking a little break right now and being a mom and being a wife, and going to see some hockey games to see my husband play,” she recently told PEOPLE, while walking the red carpet at the 59th Annual Grammy Awards.

Carrie also added that she can’t help but get excited when her husband, who is team captain for the Nashville Predators, takes the ice during games.

Of course, there’s one other man in Carrie’s life. And, that’s her baby boy, Isaiah Michael Fisher. The blonde-haired star says that it’s possible little Isaiah might just take after his daddy!

“I’m pretty sure he’s going to play some hockey at some point in his life,” said Carrie. “So he’s about to turn 2, and we’ll see what happens after that. You never know. It’s up to the good lord.”