Carrie Underwood’s latest dance party is yet another must-see 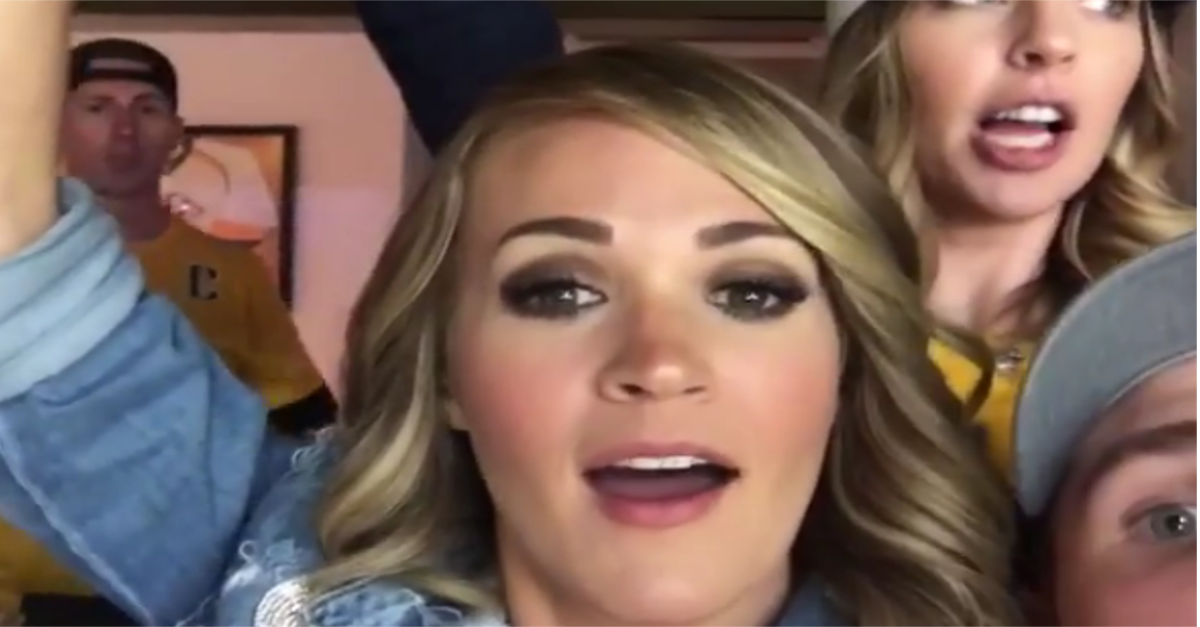 It’s quite a time for Carrie Underwood at the moment. Currently enjoying a bit of a break from the concert stage, Carrie is enjoying watching her husband Mike Fisher lead the way as captain of the Nashville Predators in the Stanley Cup playoffs.

And she is having a good time doing it.

RELATED: Carrie Underwood tells Mike Fisher she’s “beyond proud” of him in this heartfelt note

The country superstar has been sharing these good times with her fans on social media, with the latest dance party occurring on June 3 as the Preds won Game 3 of the Stanley Cup Finals. “Hands go up… YEAH, BABY!!!!,” she wrote on her Instagram page alongside a video of her dancing. “Preds played like Preds tonight and the score showed it…Way to go @predsnhl ! And this crowd was CRAZZZZZZY!!! #Smashville #StanleyCup”

Hands go up… YEAH, BABY!!!! Preds played like Preds tonight and the score showed it…Way to go @predsnhl ! And this crowd was CRAZZZZZZY!!! #Smashville #StanleyCup

Of course, the Preds win seemed to have her in the dancing mood before the game was even over, as she joined with a friend for another “Roar” dance of her own.

RELATED: Something seemed fishy to Carrie Underwood, and she let Twitter know about it

And the good times certainly look like they will continue for the time being, as the Nashville Predators take the ice again on June 5 for Game 4. They are currently down 2-1 in the series.

Then, Carrie will take the stage during the “2017 CMT Music Awards” on June 7, as she and Keith Urban perform live together for the first time on any CMT stage.