Carrie Underwood’s national anthem has these soldiers whooping with delight 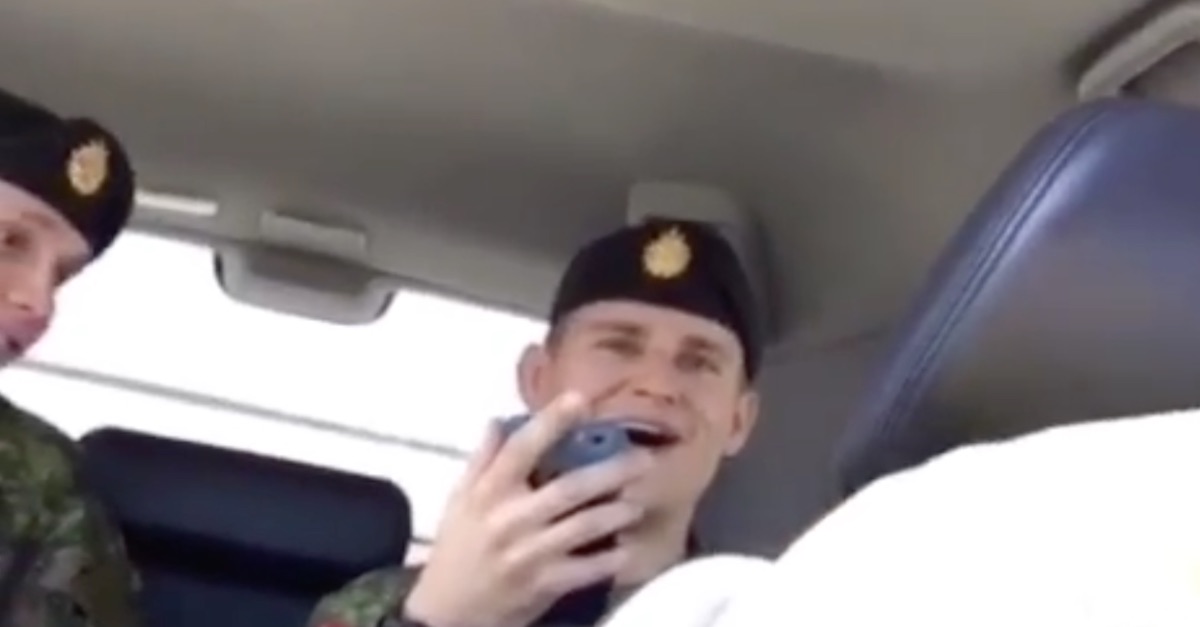 There?s no doubt that Carrie Underwood?s performance of the national anthem before the playoff game between the Nashville Predators and the Chicago Blackhawks raised goose bumps on patriotic Americans from coast to coast, but guess what? It was an international sensation, too.

According to his Instagram page, Jordan Pennell is a vehicle technician in the Canadian Armed Forces. Now, Canada has its own national anthem and we don?t question a Canuck?s dedication to his country or his respect for ?O Canada.? However, when Jordan and some of his fellow soldiers heard Carrie belting out “The Star Spangled Banner,? they were impressed.

Jordan shared a video on his Instagram page of his pals listening to Carrie hit that big note and their reaction is nothing short of awesome.

The fellas in Jordan?s car may have actually been fans of Carrie?s hockey playing husband, Mike Fisher, who also hails from Ontario, Canada. In fact, before Mike married Carrie and moved to Nashville to captain the Predators, he was a center for the Ottawa Senators. Well, in Canada, it?s actually ?centre.?

You know, props to our neighbors up north for appreciating our country girl?s rendition of ?The Star Spangled Banner.? How about a little due diligence? Let?s listen to Canadian Shania Twain singing ?O Canada? before the 1996 NBA All-Star game.