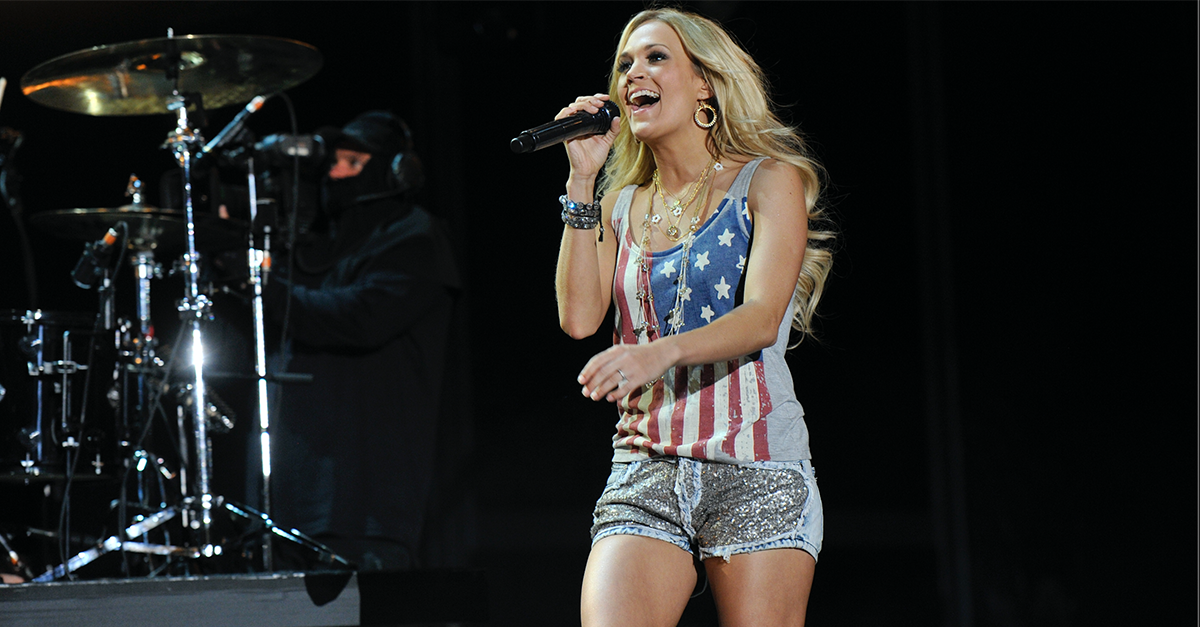 It?s no doubt that Carrie Underwood has a powerful voice, a great sense of humor and is one heck of a working mom. Oh yea, and let?s not forget that she?s got some incredibly killer legs, too!

And, when it comes to Carrie?s mile-long legs, she doesn?t hesitate to flaunt them. From short shorts to slit skirts, the ?Church Bells? singer?s sun-kissed legs have made men all over the world swoon. As for girls, well ? there?s a reason why Google has a long list of Carrie Underwood-inspired leg workouts.

So, to honor the blonde star?s hot commodity, we?ve compiled a list of what we consider to be five unforgettable leggy moments by Carrie Underwood. Enjoy!

RELATED: People who have an issue with Carrie Underwood?s body are living proof you can?t please everyone

Even pop star Justin Beiber couldn?t help but get weak during Carrie?s 2012 American Music Awards performance of her chart-topper ?Two Black Cadillacs.? The blonde bombshell showed off her legs with class. She wore a sparkly black gown with a thigh-high split.

Back in 2008, Carrie returned to the show that made her famous. As a guest star on season 7 of ?American Idol,? Carrie launched into her megahit, ?Last Name.? Her ponytail made for some extra sass to go along with her sky high heels and long legs!

During the 2016 American Country Countdown Awards, Carrie made us all stop in our tracks. Leave it to her to make a mini skirt look amazing. Seriously, whoever introduced her to those sexy shoes deserves an award in their own right. Carrie, can we borrow those please?

RELATED: We are blown away at the sight of a patriotic Carrie Underwood

During Nashville?s 2013 CMA Music Festival, Carrie stole the show not only with her cover of Guns N’ Roses’ ?Paradise City,? but also with a pair of American Flag-inspired short shorts. Those shorts made no mistake to put Carrie?s tan legs on the map once again.

Can we all just agree that Carrie?s legs were red hot in this performance? During the 2009 CMA Awards, she took a break from co-hosting to strut across the stage with her performance of ?Cowboy Casanova.? And oh boy, that outfit! Need us say anything more?