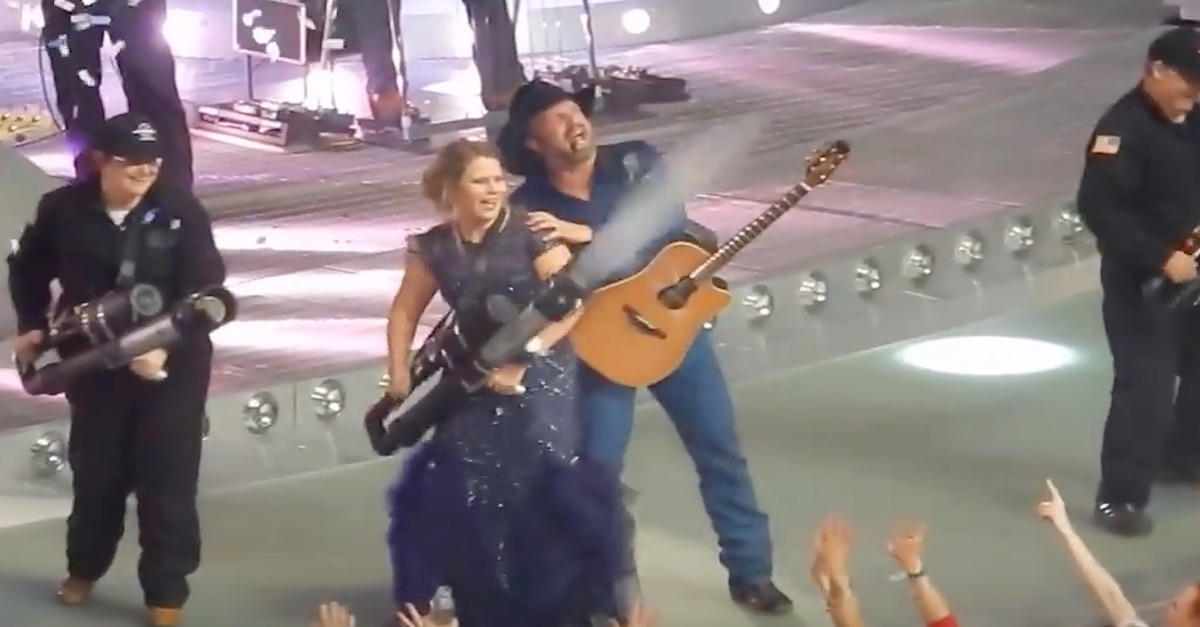 It’s hard to believe that the school year is almost over. High schoolers are preparing for those time-honored traditions of senior skip day, senior superlatives, graduation, prom and Garth Brooks concerts. Wait, what?

Yep! One young lady at Garth’s Champaign, Illinois show on April 29 planned on being late to her prom because, duh, Garth was in town! Kate attended the Okie’s early show and brought a poster announcing to the country music superstar and her pals in the ballroom that she would be at prom later because “Garth comes first.”

RELATED: This view of his woman’s wiggle has Garth Brooks grinning like a teenager

In his newest “Inside Studio G,” Garth talked about meeting the pretty little teen and, wouldn’t you know it, he completely derailed her plans to dance the night away. After learning that the cutie didn’t have a date who would be waiting for her, he told her, “If you go to the prom tonight and it sucks, we’ve got a show here later if you want to come back and shoot the cannons and do stuff like that, you come hang with us.”

Now, we aren’t sure if her prom actually sucked or if the draw of hanging backstage at the show and shooting a confetti cannon onstage with Garth was just too much to resist, but dang, go Kate! She showed up at Garth’s second show in her full prom regalia all the way to the wrist corsage and she cranked that cannon like a boss!

Garth calls it one of the greatest memories he’ll ever have. We suspect he isn’t the only one who feels that way.