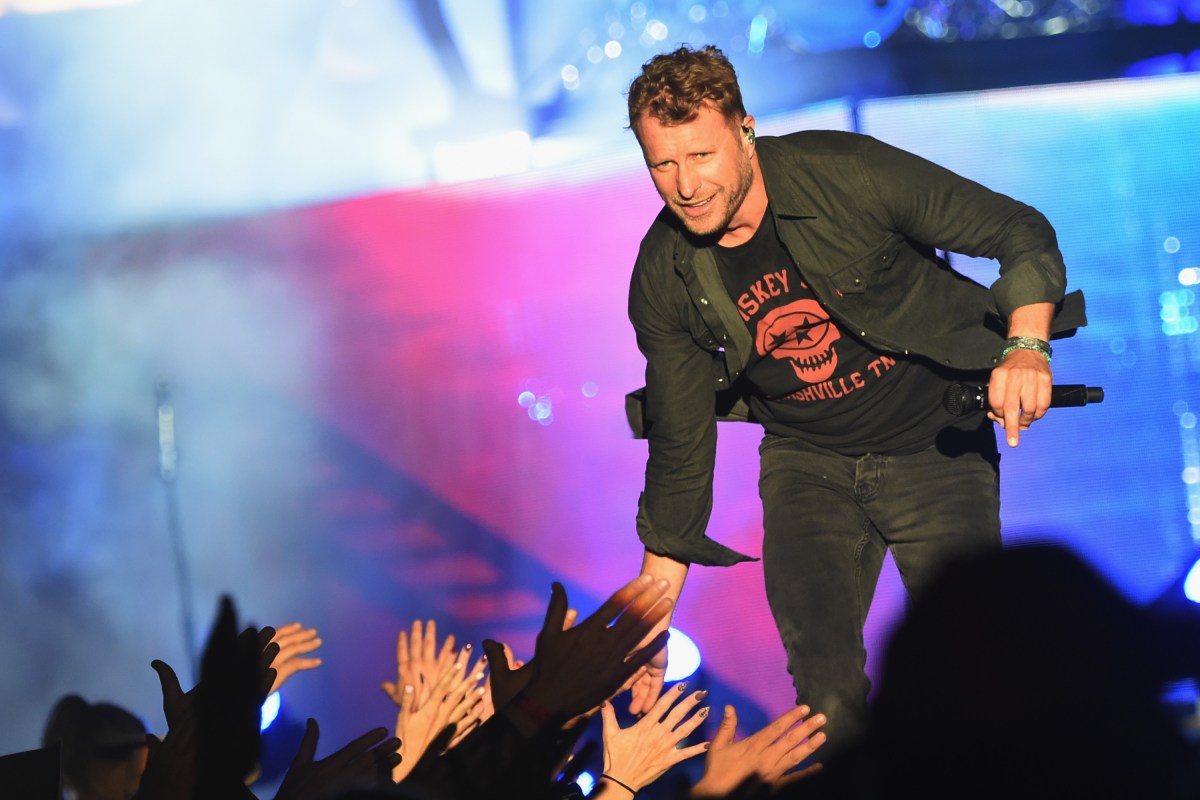 Country music has a very loyal fan base. So much so that country artists often receive an unusual amount of trust from their fans.

Take Dierks Bentley, for example. On June 16, he was performing in front of a packed audience when one couple handed him their newborn baby!

The sweet interaction, which occurred at the MIDFLORIDA Credit Union Amphitheatre in Tampa, Fla., must have left an impact on the 41-year-old star, because he posted a picture of himself cradling the child on Instagram.

Dierks captioned, ?When you?re walking [through] the crowd and someone hands you a maybe 2-week-old baby?. Sooooooo good tonight Tampa. Big deal for me and my guys and girls to sell this place out. Your love of country music was felt all night!?

When you are walking thru the crowd and someone hands you a maybe 2 week old baby😳. Sooooooo good tonight Tampa. Big deal for me and my guys and girls to sell this place out. Your love of country music was felt all night. See you on the #WhatTheHell video!

In the photo, Dierks? facial expression is priceless. The unsuspecting star looks shocked and almost terrified while holding the infant in his arms. The baby, who is sporting a pair of noise canceling headphones, is in good hands though, because Dierks is a dad to three.

Yep, he?s got plenty of daddy experience under his belt, as he?s father to daughters, Evelyn Day Bentley, 8, and Jordan Catherine Bentley, 6, and son, Knox Bentley, 3.

RELATED: Watch as this military family gets the surprise of their life

According to Orlando, Fla., radio station WWKA (K92.3), Dierks’ crew was filming a concert-style music video for his song ?What The Hell Did I Say” during the show. So perhaps the little one will make his or her debut in the video. Either way, we?re pretty sure the wee one will have a story to tell for the rest of his/her life!

Dierks is currently on the road for his 2017 What The Hell World Tour. His next stops for the trek include Wantagh, N.Y., on June 23, and Burgettstown, Pa., on June 24. For more concert dates check out Dierks? official website here.