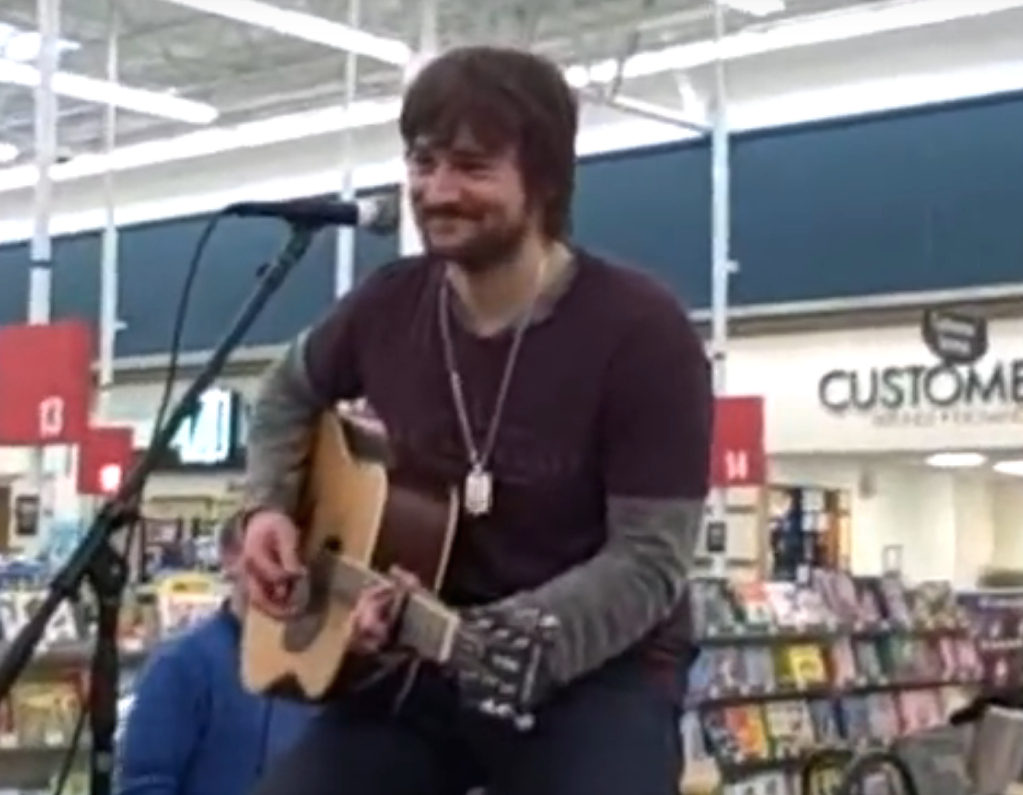 When we hear the name Eric Church, words like rebel, renegade, country outlaw and non-conformist come to mind.

So, it may come as no shock that the singer has played in some very odd places ? such as Walmart.

Back in 2009, in an effort to promote his upcoming ?Carolina? album, Eric took to gigging in his home state of North Carolina. Stopping at a Walmart shopping center in Clayton, NC, the ?Give Me Back My Hometown? singer gave fans the shopping experience of a lifetime with an acoustic style jam session.

?If you buy 100 CD?s, you get in for free,? he joked before playing ?Love Your Love the Most,? a song that touts cold beer, football games and honky-tonks.

?Love Your Love the Most? ended up being released on February 9, 2009 off of ?Carolina,? and became the first single and top-ten hit for Eric. The song helped propel his career to country music stardom. However, still not quite ready to put on those signature aviator sunglasses, Eric looked like your everyday laid back kind of guy on that particular day in Walmart.

Now, nominated for a 2016 ACM ?Entertainer of the Year? award, it?s safe to say, ?Mr. Misunderstood? has come a long way from Carolina.